Two people who looked like Goldy Brar were attacked by a rival gang in Canada. They were beaten severely and their lives were spared after the matter of mistaken identity was understood

On Sunday, NDTV reported that gangster Goldy Brar, accused of orchestrating the murder of Punjabi rapper Sidhu Moosewala, has gone underground as several rival gangs are reported to be after him.

Two people who looked like Goldy Brar were attacked by a rival gang in Canada, sources told NDTV. They were beaten severely and their lives were spared after the matter of mistaken identity was understood.

Security agencies say they have obtained a video of the attack. NDTV, which has access to the video, cannot independently verify the location where it was shot. The video which shows some people beating up a man, insisting that he is Goldy Brar.

Who is Goldy Brar?

Punjab Police has prepared a dossier on Goldy Brar, who carried out the murder of Punjabi singer and Congress leader Sidhu Moose Wala by firing more than 30 bullets on Monday in Mansa.

He is a gangster of the A+ category and the court has declared him a fugitive.

The dossier also has information on 12 associates of Goldy Brar, an infamous gangster of Punjab Laurence Bishnoi. It also has the name of Rajasthan's gangster Sampat Nehra. This is the same Nehra who visited Salman Khan's house in Mumbai in 2018.

Is India looking to extradite him from Canada?

India and Canada have established a number of mechanisms to ensure that our respective law enforcement agencies can cooperate to address criminal activity, the Canadian High Commission spokesperson told CNN-News18 after the Interpol issued a Red Corner Notice (RCN) against Brar, who has claimed responsibility for the murder of Punjabi singer-politician Sidhu Moose Wala on May 29.

A senior CBI official told news agency ANI that after the issuance of RCN, the process to enable Brar’s extradition to India will begin.

“The RCN has been issued. The CBI liaison officer will coordinate with Interpol and a proposal will be moved through the Ministry of Home Affairs (MHA) and Ministry of External Affairs (MEA) for extradition," he said. 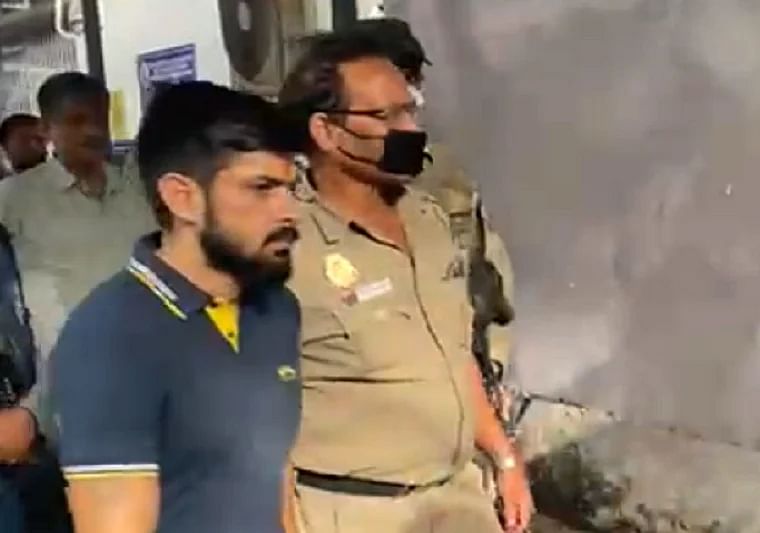