The Shiv Sena and the Bharatiya Janata Party first stitched an alliance in 1989 for the Lok Sabha and assembly elections in Maharashtra.
Anand Singh 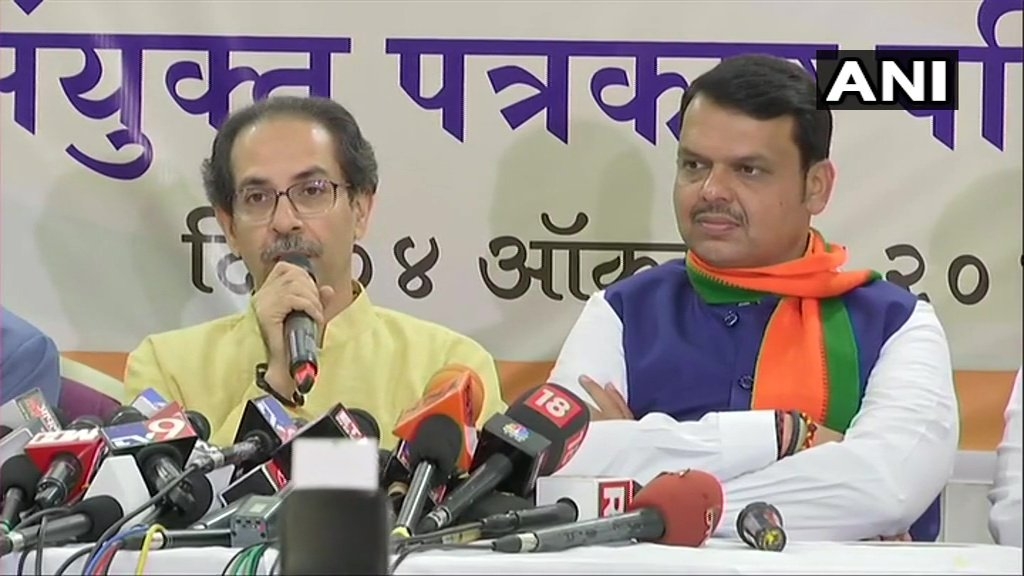 New Delhi: The hot-and-cold relationship the BJP has had with its one of the oldest alliance partners Shiv Sena is not something new: the alliance has met dead-ends many times in the last 30 years.

The Shiv Sena and the Bharatiya Janata Party first stitched an alliance in 1989 for the Lok Sabha and assembly elections in Maharashtra. The two first formed the government in Maharashtra in 1995 and remained in power till 1999 with Manohar Joshi as its first Chief Minister.

Following resignation by Joshi, another Shiv Sena leader Narayan Rane succeeded him in the state. The two parties then sat in the opposition in the state from 1999 to 2014 before the BJP came to power in the state and the Centre.

However, in between these years, Shiv Sena has cold-shouldered the BJP on a number of occasions. In 2007, during the Presidential elections, Shiv Sena instead of backing the BJP-led National Democratic Alliance (NDA) candidate Bhairon Singh Shekhawat sided with Congress-led United Progressive Alliance's (UPA) candidate Pratibha Patil.

The Sena snubbed its partner to counter the rise of its turncoat leader Narayan Rane, who had publicly criticised the party Working President Uddhav Thackerey.

Rane has questioned Uddhav's administrative abilities in 2005 following which he was expelled from the party.

The support for Patil came after the Congress agreed to put Rane out of the race of Maharashtra's Chief Minister.

The Shiv Sena move to support the UPA candidate in the Presidential polls had created ripples in political circles.

The Sena in 2012 again went its way when it supported Congress-led UPA's Presidential candidate Pranab Mukherjee over NDA's P.A. Sangma. Shiv Sena chief Bal Thackeray had then said that the country's prestige was at stake.

In a clear rebuff to the BJP, Bal Thackeray had said: "When you don't have a sword with you, you don't clench your fist and talk about courage and valour."

Bal Thackeray had also said: "No one should claim that we backstabbed or violated trust for we have taken this decision in the supreme interest of the country."

However, things turned even more bitter for the two parties in the 2014 assembly elections, when the 25-year-old alliance between teh two was broken over seat sharing as both contested elections independently.

After the BJP became the largest party in the 2014 Assembly elections, Shiv Sena declared that it would play the role of opposition, but after further negotiations, it joined the government in Maharashtra.

Before the 2019 Lok Sabha elections, in January 2018 the Sena snapped ties with the BJP and their NDA coalition after nearly 30 years of campaigning alongside the BJP.

But in February 2019, BJP and Shiv Sena again announced alliance for the Lok Sabha elections as well as the 2019 Maharashtra Assembly elections.

The BJP and Shiv Sena won 23 and 18 seats respectively out of the 48 Lok Sabha seats. But a controversy erupted after the results of the Maharashtra assembly elections were declared on October 24, with the Shiv Sena demanding the BJP to agree to a 50:50 formula and rotational chief ministership, which it said, had already been discussed with BJP chief Amit Shah and party's Chief Minister Devendra Fadnavis. This was denied by the BJP.