Sheetal Amte passes away: Check out her last tweet 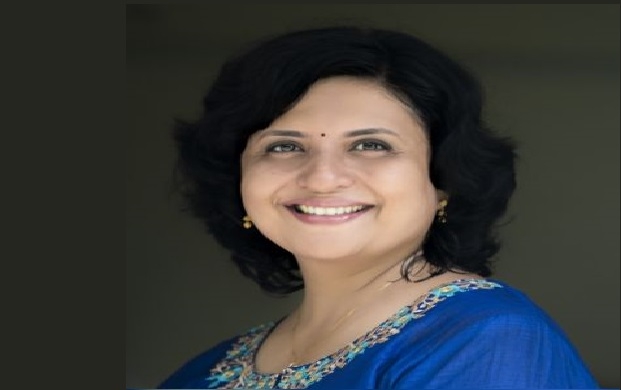 Sheetal (39) took the extreme step following a recent public spat with other members of the Amte family over the management of Maharogi Seva Samiti, a social service organisation founded by Baba Amte, a recipient of the Ramon Magsaysay Award and Padma Vibhushan, who died in 2008.

Police declined to comment on reports that Sheetal apparently injected herself with a lethal dose. Her body was taken from Warora to Chandrapur, 50 km away, for post mortem.

A team of forensic experts from Nagpur has gone to Warora and the room in Anandwan where Sheetal's body was found has been sealed, sources said.

Baba Amte's sons Vikas and Prakash and their wives Bharti and Mandakini, respectively, had recently issued a clarification on several allegations made by Sheetal, Vikass daughter, on social media. She was the Samiti's CEO.

The clarification from the senior Amtes had read: "Maharogi Seva Samiti, Warora is a leading social service organisation in the country. It provided direction and inspiration to the development of the deprived. Lakhs of social activists were trained here. Three generations of Amtes are deeply involved in this work.

"Among us, Sheetal Gautam Karajgi, nee Sheetal Vikas Amte, has contributed to the work done by our organisation.

She, however, is facing mental stress and depression. While admitting it in her social media posts, she made inappropriate statements about the work, trustees and workers of Maharogi Seva Samiti.

"All her comments are baseless. The Amte family is issuing this statement after mutual discussions to prevent any likely misunderstanding caused by Sheetal's allegations." Baba Amte received Indias second highest civilian award Padma Vibhushan for his social work, particularly for leprosy patients, carried out at Anandwan, an asylum for the afflicted discarded by the society.

Her last tweet was just few hours ago before her death. "'War and Peace' #acrylic on canvas. 30 inches x 30 inches," she tweeted.

Set up in 1959 at Warora in Chandrapur district, Anandwan is administered by Maharogi Seva Samiti, a public charitable trust of which Vikas Amte is the secretary and Sheetal Karajgi was the Chief Executive Officer, a post created three years ago.

The Samiti added two other projects under the Lok Biradari Prakalp at Somnath in Mul tehsil of Chandrapur district in 1967 and at Hemalkasa in Bhamragad tehsil of Gadchiroli district in 1973.

The Hemalkasa project is looked after by Prakash and Mandakini Amte, both doctors, and their sons Digant and Aniket and their wives Anagha and Sameeksha