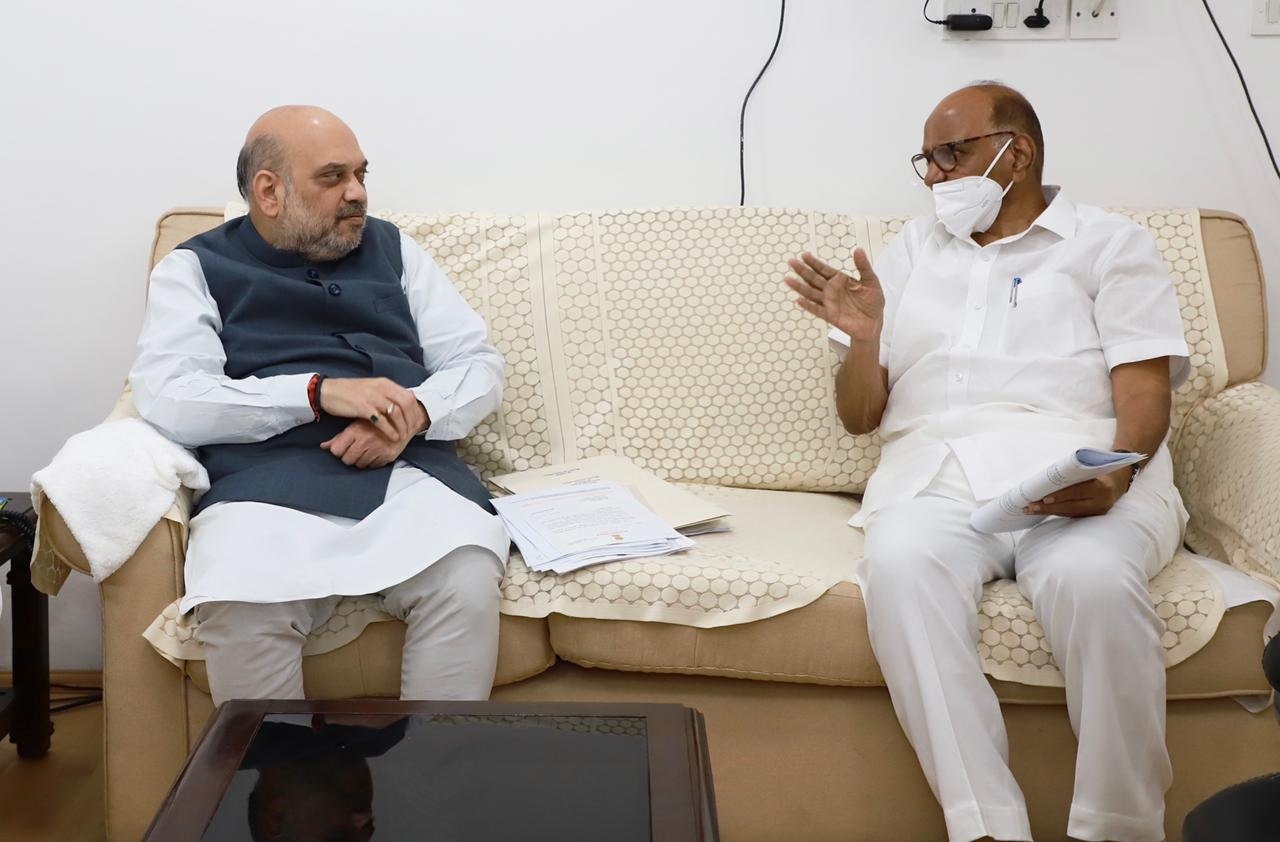 The Nationalist Congress Party President and former union minister Sharad Pawar led a delegation on Tuesday to meet newly appointed union cooperation minister Amit Shah and sought government’s intervention to resolve a slew of issues faced by the cooperative sugar sector. Pawar, in a bid to avoid speculation in the political circles, released a copy of letter he had sent to Shah seeking his appointment and also a three-page memorandum submitted to the minister.

Pawar argued that the cooperative sector as a whole and the cooperative sugar mills in particular continue to reel under financial crisis, which, if not contained in time, may explode in the form of mills permanently pulling down shutters and millions of farmers facing unprecedented anxiety and stress for their very survival.

Pawar said the sugar Minimum Support Price (MSP) should be invariably linked with sugarcane Fari and Remunerative Price (FRP). The current average production cost of sugar is in the vicinity of Rs 36 per kg. The sugar MSP logically cannot be below Rs 37.50 per kg.

‘’Traditionally, there is a market premium of Rs 1.5 per kg for bigger grain-sized sugar. However, declaring uniform MSP for all grades has totally disturbed the market, Hence, differential grade-wise pricing is requested to remove the current anomaly and bring about a level playing field,’’ said Pawar in a memorandum. He further stated that upward revision in MSP will immediately raise the valuation of sugar stock in the go down helping cash liquidity of ailing sugar mills which will help them clear sugarcane arrears of farmers. He added that MSP revision does not put any financial burden on the Government of India.

Pawar has emphasized the need to permit establishment of an independent Ethanol Manufacturing Unit within the premises of present cooperative sugar mill. He noted that Government’s brain child of Tripartite Agreement among Ethanol suppliers, Oil Marketing Companies and banks has not been a success for cooperative sugar distilleries due to their unhealthy balance sheets.

‘’As a result, 88 out of 422 proposals have been funded by banks in which share of cooperative is negligible. With the setting up of independent unit, banks will have comfort level to enter into TPA with such units based on their future estimated revenue on supplying committed Ethanol to OMCs who can release payments in Escrow account from where banks can collect their loan amount,’’ said Pawar.

According to Pawar, to reduce bulging sugar inventories, the projects producing Ethanol directly from unsold sugar and projects of mixing 15-20% sugar in molasses to produce Ethanol need to be encouraged and be given higher selling prices of such Ethanol to enable these projects to be economically viable.