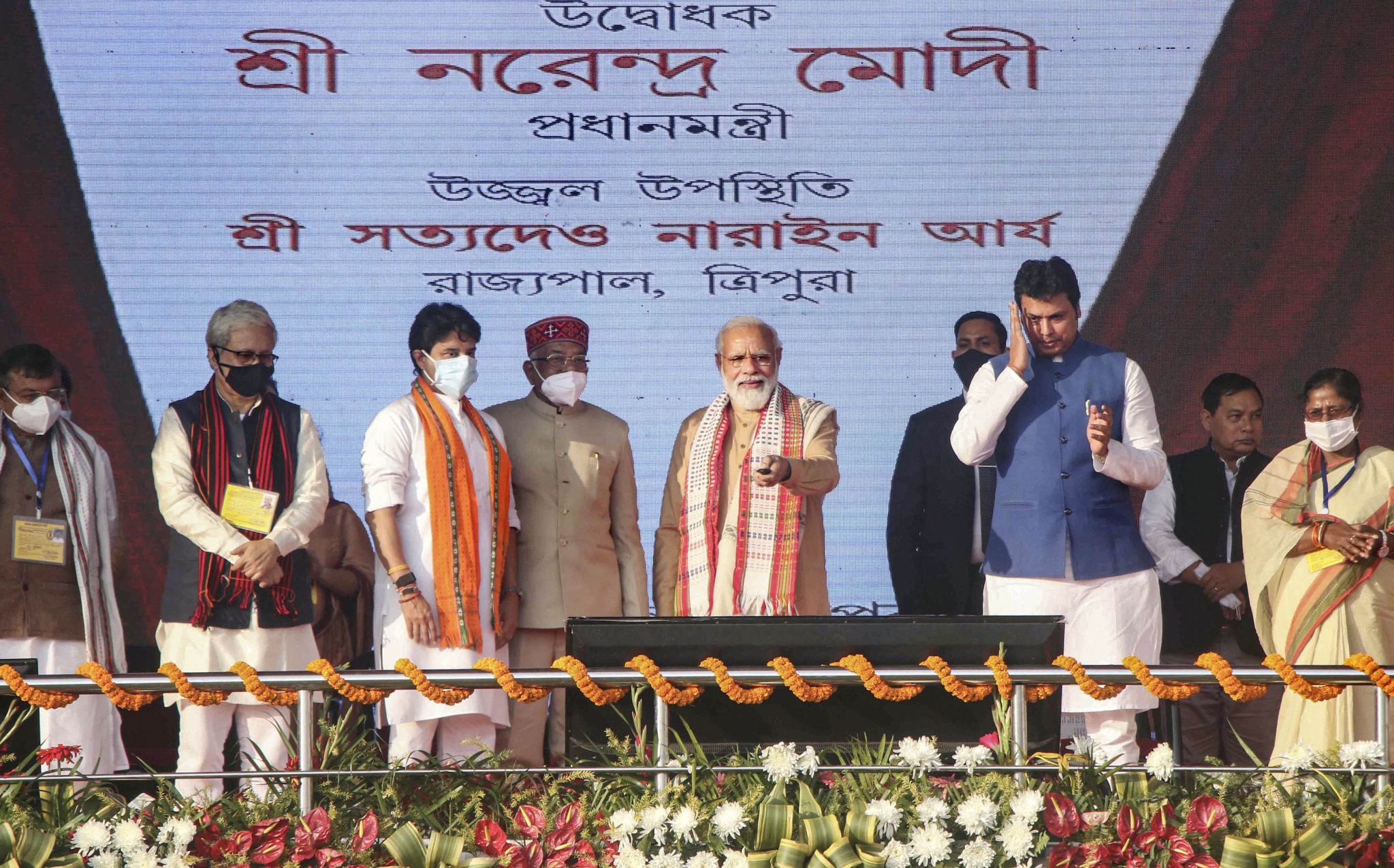 Taking to Twitter, the TMC wrote, "The Prime Minister of India is pushing thousands of lives into danger! Turning Tripura into a 'COVID Manufacturing Hub', does the PM really think he is capable of protecting people?" "SHAME ON @narendramodi ji. SHAME ON @BjpBiplab for TOYING WITH PEOPLE'S LIVES!"

According to a statement issued by the Prime Minister's Office (PMO), the New Integrated Terminal Building of Maharaja Bir Bikram Airport, built at a cost of about Rs 450 crore, is a state of art building spread over 30,000 square metres having modern facilities and supported by the latest IT network-integrated system. The development of the new terminal building is an effort in line with the Prime Minister's endeavor to provide modern facilities in all airports across the country.

In his speech, PM Modi attacked the previous governments in Tripura, alleging the "vehicle of corruption" was once unstoppable in the state.

He said, the Northeastern state, once considered laggard, was now marching towards development under a BJP dispensation.

"The vehicle of corruption that moved untrammeled in Tripura before has been stopped. Backwardness had once become Tripura's fate, but the state has now turned into an important trade corridor," he said.