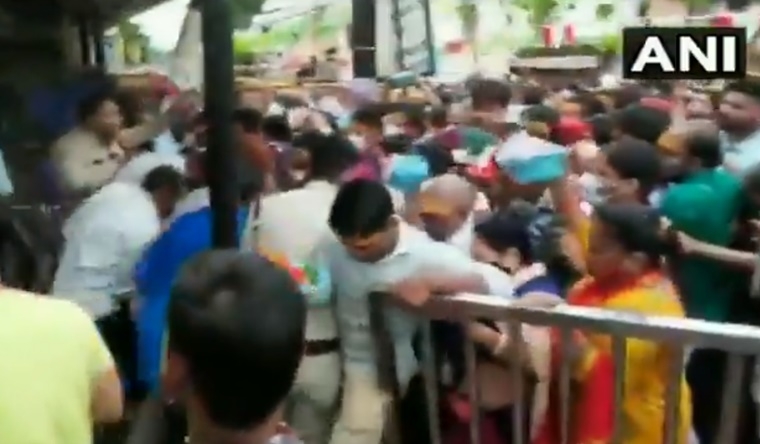 A large number of people gathered at the renowned Mahakaleshwar Temple in Ujjain in Madhya Pradesh on Monday, the first one in the holy month of Shravan, despite coronavirus restrictions and the rush among devotees to enter for prayers led to stampede-like situation.

According to the report, the situation went out of control after several people rushed to the temple along with the VIPs, including Chief Minister Shivraj Singh Chouhan and former Chief Minister Uma Bharti, which affected the smooth flow of devotees.

The video of the incident went viral on social media. In the video, several people could be seen pushing and jostling at gate number 4 of the temple which eventually led to the stampede-like situation.

Social distancing and other COVID-19 norms were also violated as people queued up outside the temple.

"Due to it being the first Monday of the holy month of Shravan, people were allowed to stand in queues for darshan apart from pre-booking. However, the crowd that turned up was much larger than what we expected," he said.