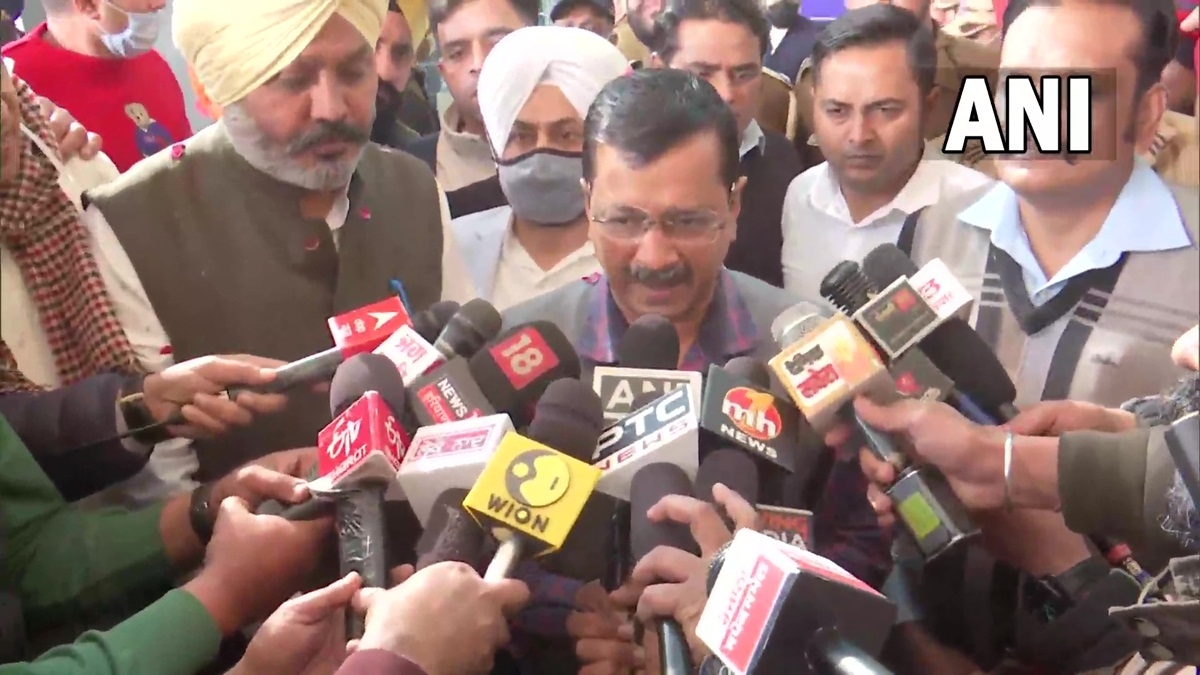 He further said that the "theft" would come to an end after the Aam Aadmi Party comes to power in the state.

"I have been seeing for the past few days that illegal sand mining was found in Chief Minister Charanjit Singh Channi's constituency Chamkaur Sahib. If it's happening in his own constituency, it's difficult to think he doesn't know about it. Serious allegations of sand theft have been levelled against him. Punjab wants to know if he's the owner of illegal sand mining or has a partnership or provides protection to others. We will end this when the AAP comes to power," Arvind Kejriwal was quoted as saying by news agency ANI.

He demanded a probe into the matter and registration of an FIR. "It should be probed and FIR be registered," Arvind Kejriwal said.

Arvind Kejriwal is on a one-day visit to Punjab on Tuesday and will be active in the Doaba region, said AAP leader Harpal Singh Cheema in an official statement issued by party headquarters.

Meanwhile, AAP leader Raghav Chadha on Monday accused Punjab Chief Minister Charanjit Singh Channi of "lying and misleading" people of the state about the "illegal" sand mining in his constituency.

The AAP's Punjab co-incharge said instead of taking action against the sand mafia, Channi visited a site in Rupnagar and claimed that there was no illegal mining.

He claimed Channi lied about visiting a sand mining pit in Jindapur village, whereas he was 40 km away from that site.

The Delhi MLA asked, "Why is Chief Minister Channi lying? Being in such a respectful position, is it graceful of him to lie?" Talking to reporters, Chahda alleged that sand was not being sold at a fixed price of Rs 5.50 per cubic feet and the mafia was still operating.

Channi on Sunday had trashed Chadha's claims of illegal mining in his Assembly constituency and had also given a strict warning to AAP leaders from Delhi that no "outsider" would be allowed to raise an "unfounded alarm" in the state.

Channi on Sunday had taken a round of mining sites and had said nothing illegal was found. The CM had also claimed that sand was being sold at the rate of Rs 5.5 per cubic foot as stipulated by the state government.