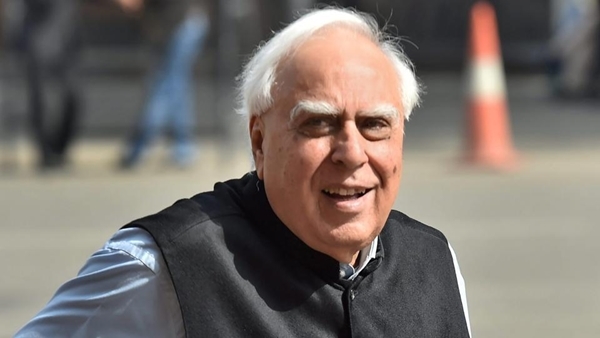 NEW DELHI: Congress veterans close to the leadership are mounting pressure for tough action against former Union minister and senior lawyer Kapil Sibal (72), a Rajya Sabha member, for his recent outburst on Bihar debacle, wherein he called for serious introspection. He also said that it was business as usual in the Congress despite the successive setbacks.

Sources said a section of the party wants that he should be shown the door, to shut up any more potential discordant voices.

However, the party leadership is more inclined to ‘isolate’ Sibal, noting that the "Group of 23" dissenters who wrote to Congress president Sonia Gandhi in August about the drift in the party are no longer united.

The fact that none of these 23 signatories to the August letter of dissent -- Ghulam Nabi Azad, Anand Sharma, Manish Tewari, Shashi Tharoor and Veerappa Moily -- spoke in Sibal’s favour does not augur well for the senior lawyer.

He may therefore be ‘isolated’ within the party and subsequently ‘dumped.’ Sources said there is a resolve within to crush dissent if it comes through media, instead of being raised in internal forums.

The matter is, therefore, heading to a "logical conclusion" -- to suspend, if not expel, Sibal -- for a series of tweets posted by him on the Bihar rout, much to the embarrassment of the party.

According to senior Congress leader and Rajasthan chief minister Ashok Gehlot, one of Sibal’s remarks – wherein he had claimed that people no longer see the Congress as an effective alternative – had hurt the party workers at the ground level.

In a tweet, Gehlot said it is not for the first time that the Congress has faced such a crisis; also, each time it has come out stronger due to its ideology, programmes, policies and a firm belief in party leadership.

A senior AICC general secretary underlined: "Dragging the leadership question into the discourse to blame Rahul Gandhi is opportunistic and driven by mala fide intention." He said Sibal should know that the process for a new president has been set in motion and it is a matter of a month or so before it is complete.

Another general secretary, Tariq Anwar, said Sibal should not have spoken about the party leadership and other unconnected issues.

Spokesman Pawan Khera and Youth Congress chief B V Srinivas asked those who deliver sermons on the party's plight to state what they have done in the past few years to strengthen the Congress.

The person who ought to be really upset with the Congress for not winning enough seats is Rashtriya Janata Dal (RJD) chief Tejashwi Yadav, son of the party's founder Lalu Prasad. But even Tejashwi was upset when RJD leader Shivanand Tiwary on Sunday echoed Sibal’s views and questioned Rahul's handling of the party, accusing him of picnicking with sister Priyanka in Shimla, instead of running a full-fledged campaign in Bihar. Rahul was in Bihar for just three days, he said.

Coming out against such a frontal attack, Tejashwi made party spokesman Manoj Jha, MP, to immediately issue a clarification, dismissing Tiwary's outburst as his personal opinion and insisted that all alliance partners had fought the election with full unity of purpose.

Sibal did get some endorsement for his remark from an unlikely quarter -- Lok Sabha member Karti Chidambaram, son of former finance minister P Chidambaram. Quoting from Sibal's interview, he tweeted: "It's time we introspect, ideate, consult and act."