Security of 130 crore Indians, including Gandhi family is our responsibility: Amit Shah

The Special Protection Group (Amendment) Bill, 2019 was on Tuesday passed by the Rajya Sabha, restricting use of elite SPG
FPJ Web Desk 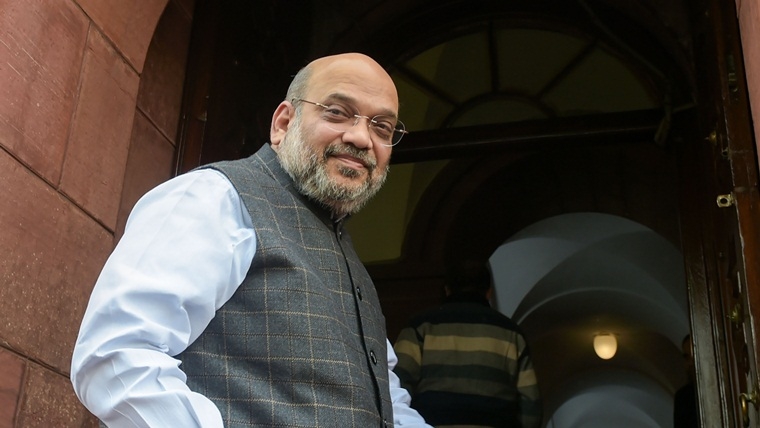 The Special Protection Group (Amendment) Bill, 2019 was on Tuesday passed by the Rajya Sabha, restricting use of elite SPG.

The Congress had staged a walkout from the House, stating that it was dissatisfied with the Home Minister's reply on amendment to SPG Act.

Speaking at the Rajya Sabha during the debate to pass the SPG (Amendment) Bill, Home Minister Amit Shah said that there was "no political vendetta" involved, and opined that "threat and security cover should be de-linked".

The Home Minister said that the SPG law was not being amended keeping in mind the Gandhi family.

"There was no discussion when SPG security cover of Manmohan Singh and other non-Gandhi families was withdrawn," he said, adding that security cannot be a "status symbol".

"Why demand only SPG? SPG cover is meant for only the 'head of the state', we cannot be giving it to everyone. We don't oppose one family, we are against dynasty politics," he stated.

"Why talk of only security of Gandhi family? Security of 130 crore Indians, including the Gandhi family, is the responsibility of the government," he said.

Taking a jibe at the opposition party Shah added, "This is the fifth amendment in the SPG Act. This amendment is not brought in by keeping Gandhis in mind, but, one thing that I can say for sure is that the previous 4 amendments were done by keeping only one family in mind."

Shah said that three members of the Gandhi family were being given security cover by personnel who were part of SPG previously.

Responding to allegations that the BJP was acting with political vendetta, Shah mentioned that 120 workers of BJP, RSS has been killed in Kerala.

Speaking on a recent security breach that occurred at Priyanka Gandhi Vadra's residence, the Home Minister said that 3 personnel had been suspended and a high level inquiry had been ordered.

Seven people in a car had driven up to the porch near the garden at her Lodhi Estate home with three men, three women and a girl coming out of the vehicle, sources said.

They had walked up to Priyanka Gandhi and asked for photos to be taken with her.

According to PTI, Priyanka spoke to them and they left after taking pictures.

The Congress general secretary's office has taken up the issue of the security breach that occurred on November 26 with the Central Reserve Police Force.