Chief Minister Basavaraj Bommai said no one should take the law into their hands. "State government would not tolerate such incidents" he lashed out. He also warned all the organizations which try to foment trouble.

Violence erupted in Hubballi on Sunday in north Karnataka over a WhatsApp status poster by a youth that carried derogatory comments about a particular religion.

As the poster was widely shared on social media platforms, violence broke out with many stone-pelting incidents being reported, particularly in Old Hubballi.

Though police arrested the youth, some miscreants started pelting stones at cops and their vehicles. The police had to finally resort to lathi-charge and fire rubber bullets to control the mob. They also fired 13 rounds and lobbed tear gas shells.

Dharwad deputy commissioner Nitesh Patil and Hubballi-Dharwad Police commissioner Labhu Ram told the media that over 40 persons were arrested in connection with the riots. “As many as 12 cops were injured in the incidents. A dozen vehicles, including police jeeps, were damaged by miscreants. We have imposed a prohibition order from 11 pm on Saturday to 6 am on Wednesday,” the commissioner said.

Chief Minister Basavaraj Bommai said no one should take law into one’s hands. “The State government will not tolerate such incidents” he said. He also warned all organizations which try to foment trouble. "The police are already taking action. It will not hesitate to take stringent action against those who take law into their hands. We will act against those who instigated it, too. Let us not give political colours to it. We should look at it as a law and order issue. Then only such incidents will stop," he said.

He warned organisations that try to foment trouble. “Police will not hesitate to take stringent action against those who take law into their hands. We will act against those who instigated it too. Let us not give political colour to the violence,” he added.

Home Minister Araga Jnanendra suspects that the rioting was pre-planned. “We will not tolerate such incidents, even if they belong to any religion. Miscreants had stocked stones before the incident. The police are probing this angle, too. Now, the situation is under control” the minister said. 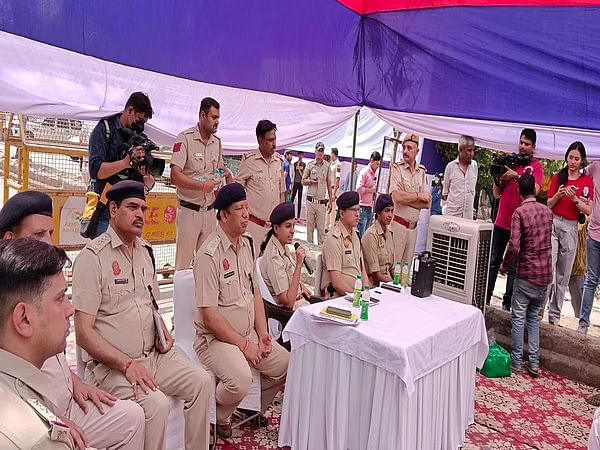