On the 133rd birth anniversary of Sarvepalli Radhakrishnan, here are some of the interesting facts about him:

Sarvepalli Radhakrishnan was one of the greatest Indian personalities and most distinguished twentieth-century scholars of comparative religion and philosophy.

Sarvepalli Radhakrishnan was born on September 5, 1888. He belonged to a Telugu-speaking Niyogi Brahmin family, in Tiruttani of Chittoor district.

The recipient of Bharat Ratna in 1954, Sarvepalli Radhakrishnan has left a huge mark in the education structure.

Radhakrishnan believed that "teachers should be the best minds in the country." He was an institution himself, who bestowed his knowledge upon many.

On the 134th birth anniversary of Sarvepalli Radhakrishnan, here are some of the interesting facts about him: 2. For him, education was the foundation for everything. Since 1962, his birthday has been celebrated in India as Teachers' Day.

4. Radhakrishnan was awarded scholarships throughout his academic life.

5. When India became independent in 1947, Radhakrishnan represented India at UNESCO and later became the Ambassador of India to the Soviet Union, from 1949 to 1952. 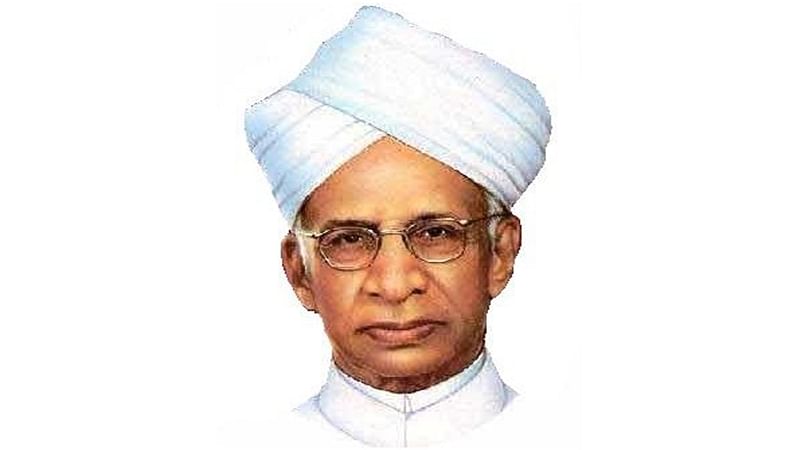 6. He enlightened his wisdom with The Spirit of Abheda, Advaita Vedanta. He was also honoured with the Knight Bachelor title, which is ceased to use the pre-nominal of Sir in 1947 following India's independence.

7. Radhakrishnan got married to a distant cousin, Sivakamu, at the age of 14.

10. Radhakrishnan believed Tagore's philosophy to be the "genuine manifestation of the Indian spirit" and wrote his first book, 'The Philosophy of Rabindranath Tagore'.