'Respect his feelings but...': Chirag Paswan after Lalu Prasad Yadav says he and Tejashwi Yadav should come together 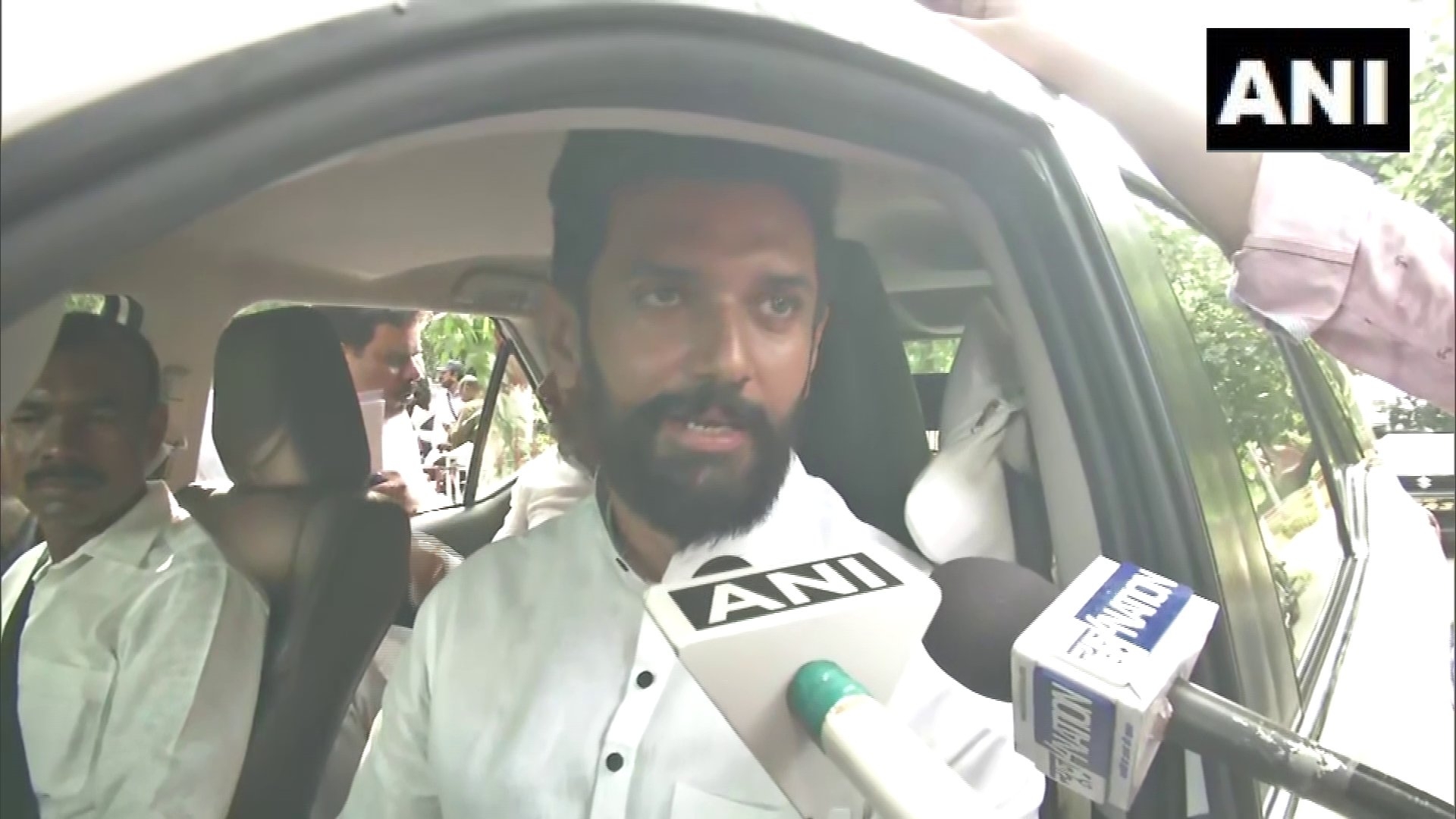 'Respect his feelings but...': Chirag Paswan after Lalu Pawar Yadav says he and Tejaswi Yadav should come together | ANI Photo

"Whatever happened in LJP, Chirag Paswan continues to be the leader of LJP. Yes, I want Chirag Paswan and Tejashwi Yadav to come together," Lalu Prasad Yadav said.

Meanwhile, Paswan said his first priority is to make his organisation strong. He added that the discussion regarding any alliance will be done when the elections are near.

"I respect his feelings but my priority is the 'Ashirwad Yatra' and making my organisation strong. Any discussions on alliance in Bihar or UP will be done near elections," news agency ANI quoted Chirag Paswan as saying.

Earlier, Tejashwi Yadav had also called Chirag for joining hands with the Opposition.

This comes after Pashupati Kumar Paras, the younger brother of LJP founder Ram Vilas Paswan along with five other MPs, had met Lok Sabha Speaker Om Birla and handed over a letter to him seeking removal of Chirag Paswan as party chief and as the Lok Sabha Parliamentary party leader.

Birla had accepted Paras as the floor leader of the LJP in the Lower House. In a revised list of floor leaders of parties, Paras was listed as the Lok Sabha LJP leader.

Later, Chirag too wrote to Birla stating that the decision of announcing Pashupati as leader of LJP in the Lower House was contrary to the provisions of the party's Constitution.

After the rebel faction of the LJP elected unopposed Paras as the new party president, Chirag Paswan had said the election was "illegal" as it was conducted by members of the LJP who were suspended from the party.