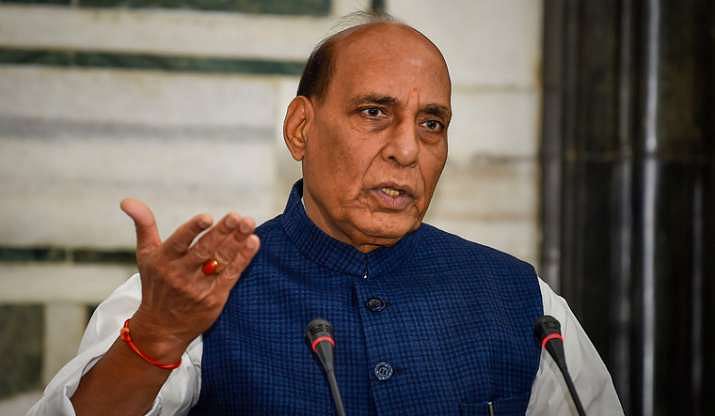 New Delhi: Putting an end to politics of tableau ahead of the Republic day parade, Defence Minister Rajnath Singh on Tuesday wrote to West Bengal Chief Minister Mamata Banerjee and her Tamil Nadu counterpart M.K. Stalin explaining the reasons for rejection of their states' tableaux.

In his letter to both the leaders, Rajnath Singh stated that of the 29 proposals from states and union territories, 12 were accepted.

Singh said: "I would like to bring to your kind attention that there exists a well established system for selection of tableaux for participation in the Republic Day Parade, as per which Ministry of Defence invites proposals for tableaux from all States/UTs and Central Ministries/Departments."

The minister said that tableaux proposals received from various States/UTs and Central Ministries/Departments are evaluated in a series of meetings of the Expert Committee comprising eminent persons in the field of art, culture, painting, sculpture, music, architecture, choreography etc.

"The Expert Committee examines the proposals on the basis of theme, concept, design and its visual impact before making its recommendations. As per the time slot allotted for tableaux in overall duration of the parade, short listing of tableaux is done by the Expert Committee."

He also stated Banerjee that the government has celebrated 2018 Republic Day in honour of Subhas Chandra Bose and this year also the Republic Day celebrations will begin from January 23 marking his 125th birth anniversary.

To Stalin, Singh explained, "The tableaux from the State Government of Tamil Nadu was considered in the first three rounds of meetings. After the third round of meeting, the tableaux could not make it to the final list of 12 selected for participation in the RDP-2022."