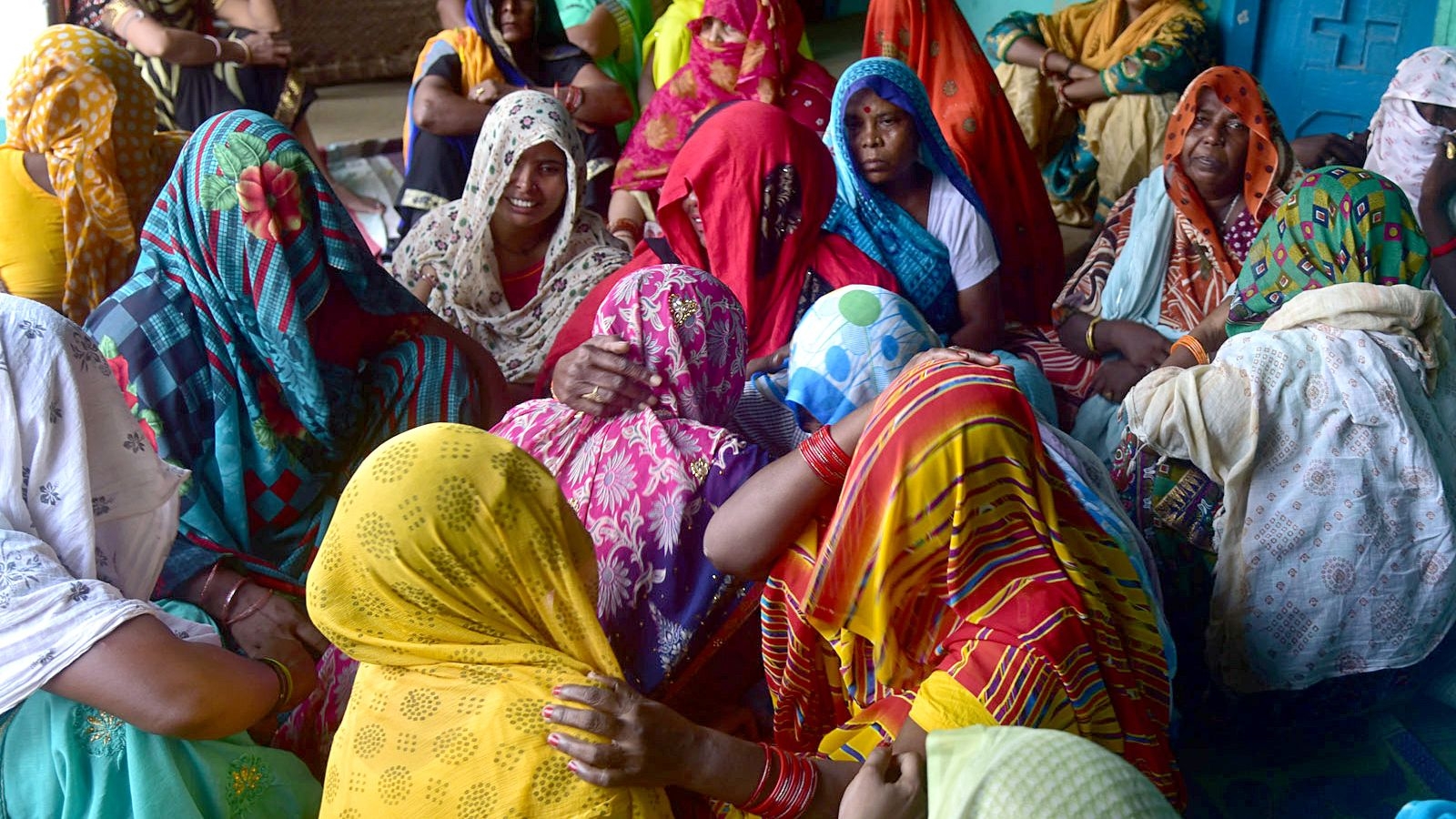 Lucknow: Hathras district magistrate Parveen Kumar Laxar has owned full responsibility for the decision related to holding the cremation of the 19-year-old victim in the night.

Laxar pleaded that cremation had been done in the dead of the night because they had received intelligence inputs that some vested interests could try to provoke caste violence.

He also said that there was a possibility the body decomposing if the cremation was delayed further.

He denied that there was any pressure on him from the government or higher officials.

The Lucknow bench of the Allahabad High Court that held a detailed hearing of the 'forced cremation' of the Hathras victim on Monday, said it would give the detailed order later.

The court has fixed November 2 as the next date of hearing.

The victim's family pleaded that the trial of the case be shifted to either Delhi or Mumbai.

Seema Kushwaha, counsel for the victim's family said that the family wanted the case to be transferred out of Uttar Pradesh.

She said that the security of the family was a major concern because the family had already been receiving threats from various groups supporting the accused. She said that security should not be turned into a joke.

Seema Kushwaha also urged the court that information about investigations should be kept private so that the family's privacy is not compromised.

She alleged that an effort was being made to alter the narrative in the case by disclosing information related to call detail records and other information.

The family, while deposing before the court, maintained that the cremation of the victim was held against their wishes and neither were they allowed to attend the last rites.

The mother said that they were not even sure if the body cremated was that of their daughter because they were not allowed to see her face for the last time.

The victim's family narrated in detail, the entire sequence of events leading to the 'forced cremation' of the victim. They accused the Hathras police of not registering their FIR and ensuring proper medical aid to the victim.

They said that the local police had been harassing them and the district magistrate had been mounting pressure on them. They said they had no confidence in the administration.

After the family recorded its statement in court, the Hathras district magistrate gave his version.

The government counsel, additional advocate general V.K. Shahi, refused to comment on proceedings saying that the matter was sub-judice.