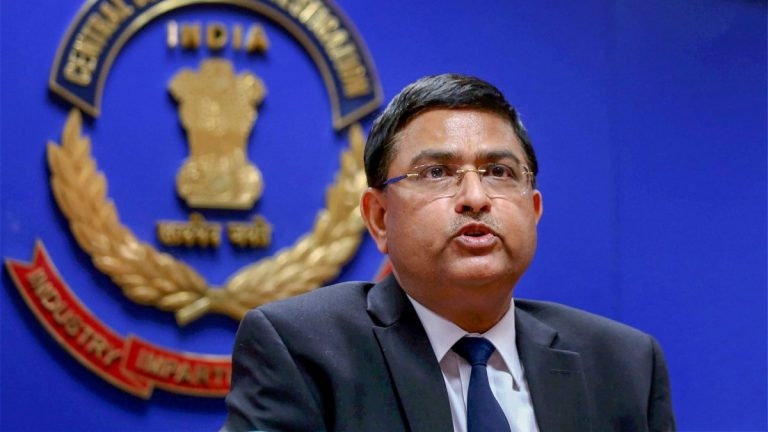 IPS officer Rakesh Asthana was appointed as the Delhi Police Commissioner on Tuesday.

SS Seswal, Director General ITBP has been given additional charge of the post of Director General, Border Security Force (BSF) after Rakesh Asthana was appointed as the Delhi Police Commissioner.

"Consequent upon appointment of Shri Rakesh Asthana, IPS (GJ:84), Director General, BSF, as Commissioner of Police, Delhi, the competent authority has approved that Shri S. S. Deswal, IPS (HY:84), Director General, ITBP shall hold additional charge of the post of DG, BSF vice Shri Asthana, till the appointment and joining of the regular incumbent or until further orders whichever is earlier," the order from the Union home minister said.

The appointment of Asthana to the post came just days before his superannuate on July 31.

He will have a tenure of one year.

This is one of the very few instances when an IPS officer outside of the AGMUT cadre has been appointed as the Delhi Police chief.

Usually, an officer belonging to the Arunachal Pradesh-Goa-Mizoram and Union Territory (AGMUT) cadre is appointed to the post.

Asthana, a 1984-batch IPS officer, had served as the Special Director of the Central Bureau of Investigation (CBI). During his stint in the CBI, he was engaged in an unsavoury spat with the then CBI Director Alok Verma.

Asthana as DG of NCB has been at the forefront of drug seizures and has directed the investigation into the influx of cocaine and synthetic drugs in the Mumbai film industry.