Rajnath briefs PM about killing of 3 Army men in Ladakh

The three soldiers (from L) Colonel B Santosh Babu, Havildar Palani and Sepoy Ojha who were killed in Ladakh. |
Advertisement 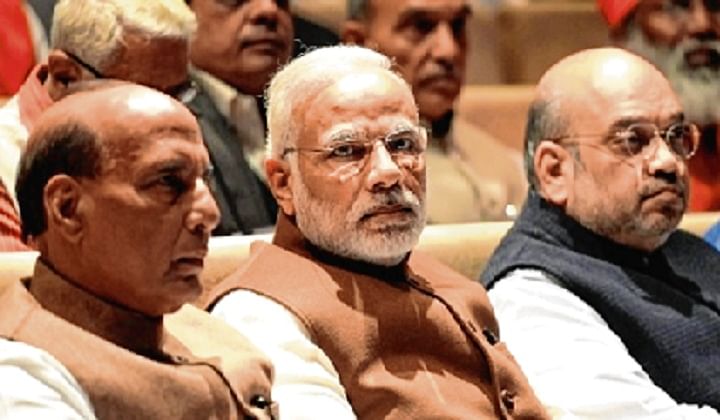 New Delhi: Union Defence Minister Rajnath Singh on Tuesday briefed PM Narendra Modi about the prevailing situation in Eastern Ladakh where Indian Army faced multiple casualties during a violent face-off with the People's Liberation Army of China. The Chinese Army too faced casualties though the exact figures are yet to be ascertained.

Indian Army Chief General Manoj Mukund Naravane was to visit Kashmir on Tuesday morning but following the developments on Monday night at Line of Actual Control, it was cancelled.

Sources in Indian Army stated: “The Defence Minister reviewed the current operational situation in Eastern Ladakh, consequent to Monday’s violent face-off on the Line of Actual Control along with the Chief of Defence Staff and the three service chiefs. The External Affairs Minister was also present during the meeting.”

Senior military officials of the two sides are currently meeting to defuse the situation. A Major General level meeting between the two sides is going on after China requested to hold the meeting early in the morning.

On Monday, Brigade Commander and company level talks happened in Eastern Ladakh between India and China. The talks were happening near patrolling point 14 near the mouth of Galwan Valley and patrolling point 17 at the Hot Spring Area.