Rajinikanth may finally end suspense over political entry on Tuesday

Rajinikanth’s possible political plunge is a subject that has repeatedly come up for discussion like ‘old wine in new bottle’ since the early 1990s.
N Chithra 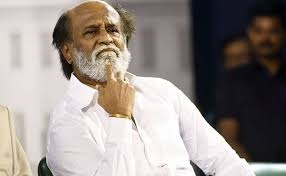 Tamil film superstar Rajinikanth is likely to end the prolonged suspense on his political entry on Tuesday. The actor, who had in October hinted that his health may not permit him to take the political plunge, on Monday met key functionaries of his Rajini Makkal Mandram (RMM), a fans platform that was originally expected to metamorphose into a political party. The meeting was held at his Raghavendra Kalyana Mandapam, a posh marriage hall.

“I met the (RMM) district secretaries. They shared their views. I also conveyed my view to them. They have agreed to stand by whatever decision I take. I will take the decision as early as possible and announce it,” Rajinikanth told journalists outside his Poes Garden residence.

Earlier a couple of RMM district secretaries, who attended the meeting, told journalists that the actor had informed them that he would announce his decision through the media “either by this evening or tomorrow (Tuesday).”

Rajinikanth’s possible political plunge is a subject that has repeatedly come up for discussion like ‘old wine in new bottle’ since the early 1990s.

However, the actor had only three years ago – December 31, 2017 to be precise – declared that his political entry is a certainty and his proposed party would field candidates in all 234 Assembly constituencies in the State. Things hardly moved beyond this and earlier this year, he surprised everyone declaring that he would not be the Chief Minister candidate should he take the plunge. Instead a young and capable candidate would be projected for the post. But much worse, he announced that he would make a political entry only if he witnessed “resurgence” among the people and tasked his RMM to create such an uprising.

Thereafter, in October he dropped hints of backing out by saying that certain contents of a “leaked letter” pertaining to his health condition were true. The ‘letter’, which did the rounds on social media in his name, said doctors had advised him to stay indoors in view of the COVID-19 pandemic and as such it would be difficult for him to tour the State to campaign.

It is widely anticipated that but for a last minute surprise the actor might in his statement, expected to be released on Tuesday, cite his health to withdraw from politics. Whether the superstar would instead offer support to any other party remains to be seen.