A storm is brewing in the police and political circles of Rajasthan after the tragic suicide of Vishnu Vishnoi, station house officer (SHO) Rajgharh police station in Churu district of Rajasthan. Vishnoi was found hanging in his official quarters on Saturday morning. Two suicide notes have been found; one addressed to the Superintendent of Police (SP) Churu and the other to his family. 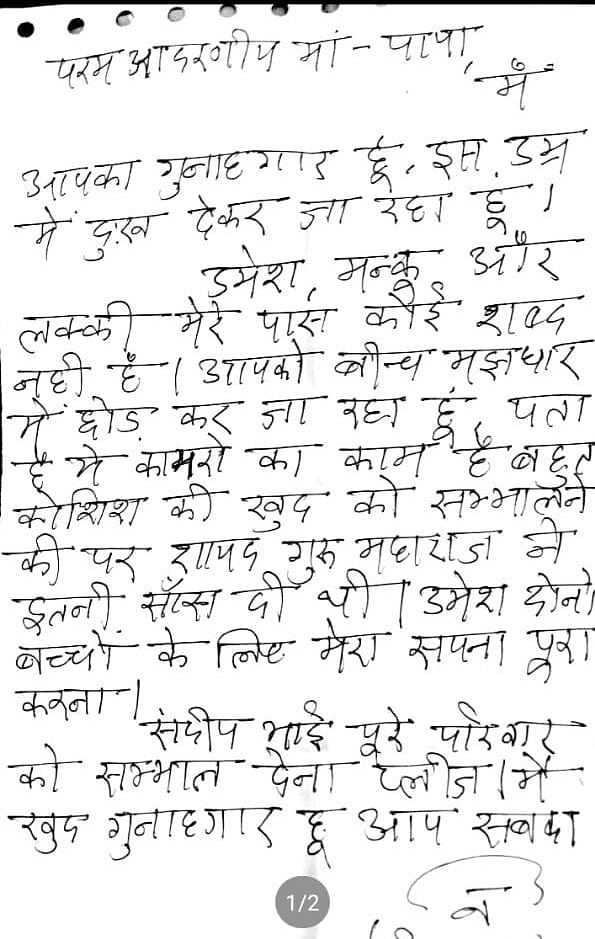 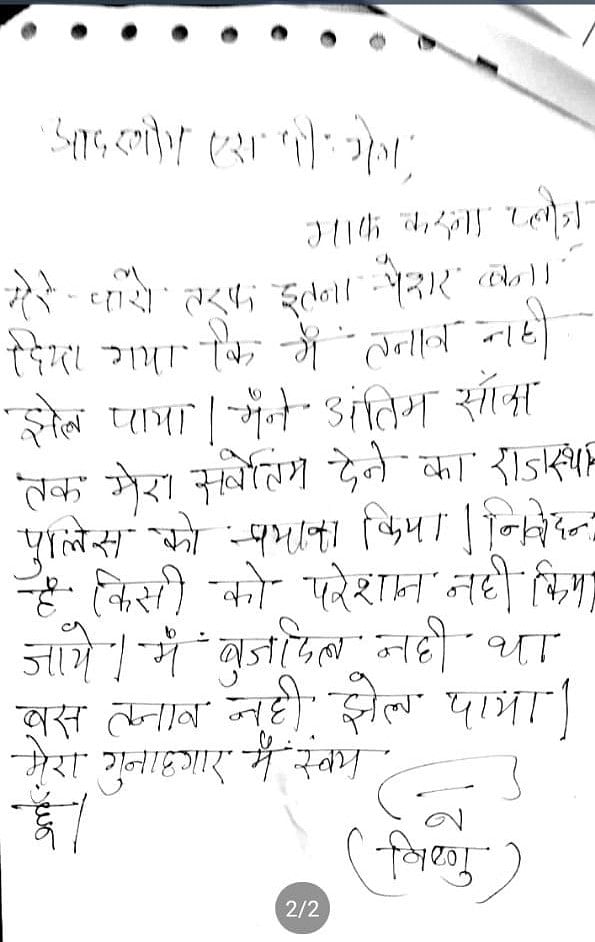 There is vast resentment across rank and file of the police force in Rajasthan after the tragic incident. The entire staff of the Rajgarh police station has written to the IG Bikaner Range and asked to be transferred from the station as there is political pressure and harassment from local Congress MLA Krishna Poonia.

In the letter signed by all the staff members they have said after the death of the SHO they do not wish to work in the station as they work in fear due to false complains registered against them by the MLA and her political workers. The staff also cited earlier incidents where policemen were penalised due to such complaints. Poonia is a former Olympian and a first time MLA. Nagaur MP Hanuman Beniwal has demanded a CBI inquiry into the incident. Vishnoi had a reputation of being an honest, forthright officer who worked by rules. There are whispers within the department for the need of a CBI inquiry into his death as he had been investigating a case till late Friday evening and had been found dead in the morning. The demand for the Central agency to step is being cited after screenshots of a wattsapp conversation between Vishnoi and another officer have gone viral on social media where Vishnoi has said that he decided to take voluntary retirement due to political pressure.

Rajasthan Chief Minister Ashok Gehlot and DGP Bhupendra Singh Yadav have expressed their sorrow at the tragic incident. Gehlot said in a tweet, “Heartfelt condolences on the tragic death of Vishnu Sharma of Rajasthan Police. His services have been exemplary and his dedication to his service will always be remembered.” The DGP said, Bishnoi was known for his honesty and was always praised for his work. The IG Range and ADG have gone to the spot and the case has been handed over to the Crime Branch.

The matter has kicked up a political storm too RLP MP from Nagaur Hanuman Beniwal has demanded a CBI inquiry in the suicide of Vishnu Vishnoi. He said, “This incident raised questions on the entire system. The home department is with the chief minister and so it is impossible for the common man to approach him. He should stop holding to the department.”

BJP state chief Satish Poonia said, “Allegations about political pressure on policemen are substantiated by the tragic death of Vishnu Vishnoi. He was a dynamic officer and there should be proper inquiry. Krishna Poonia should have done better than being in such a position. She has patronage of the chief minister.”

The deceased policeman’s popularity can be gauged from the fact that people collected outside the Rajgarh police station after the news of his suicide spread. They were sloganeering and demanding justice for him. Meanwhile Vishnoi’s body was handed over to his family for cremation.