Director General of Rajasthan police Umesh Mishra told ANI that two of the accused persons namely Manish and Vikram hailed from Rajasthan, while the other three belonged to Haryana.

Jaipur: Rajasthan Chief Minister Ashok Gehlot on Sunday informed that all the five persons accused in the Sikar gang war shootout have been arrested along with their weapons and vehicles.

"Five accused of yesterday's murder case in Sikar have been arrested along with their weapons and vehicles. A speedy trial of all these accused will be ensured by the court to ensure severe punishment at the earliest," CM Gehlot tweeted.

Director General of Rajasthan police Umesh Mishra told ANI that two of the accused persons namely Manish and Vikram hailed from Rajasthan, while the other three belonged to Haryana.

"We have detained five persons accused in yesterday's gang war wherein one history sheeter Raju Thet was killed. Two of them have been identified as Manish and Vikram of Rajasthan, while the other three hailed from Haryana," Umesh Mishra said.

He further said that the case could be resolved successfully because of the night-long search operation by Sikar's Superintendent of Police (SP) and Inspector General (IG).

Gangster Raju Thet was shot dead by four men at the gate of his house in Rajasthan's Sikar district on Saturday. Thet had several criminal cases against him and was out on bail. He was the rival of dreaded criminal Anandpal Singh, who was killed in a police encounter in June 2017.

A heavy police force was also deployed in Sikar and surrounding areas and the Police had installed barricades and were also checking vehicles. 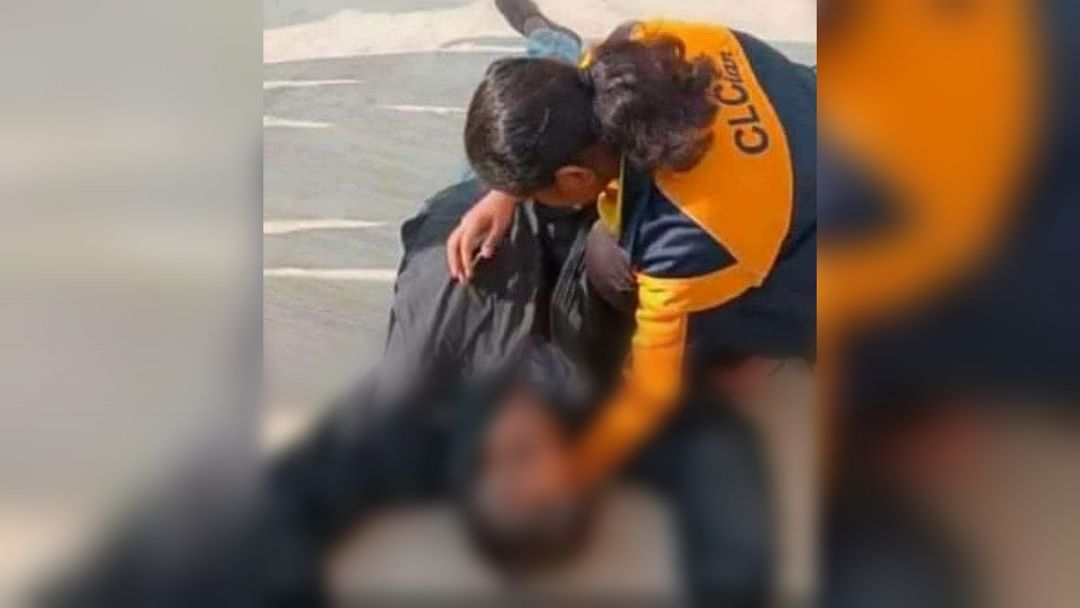 Following the shootout, a Facebook post by a user by the name of Rohit Godara claimed responsibility for Thet's killing.

Taking to Facebook, Godara claimed he is a member of the Lawrence Bishnoi gang and the killing was done in revenge on behalf of the attack on gangsters Anandpal Singh and Balbir Banuda. The user also mentioned the names of gangsters Ankit Bhadoo and Monu Bana in his post.

Gangster Anandpal was killed in a police encounter and since then members of the Anandpal gang are said to have joined the Lawrence Bishnoi gang, and both gangs were involved in the incident in Sikar today.

According to purported CCTV footage from the shoot-out took place on Saturday morning when Thet was shot near the gate of the hostel of a coaching institute under the Udyog Nagar Police station area.

As per the information, one man- Tarachand Jaat, a resident of Chhoti Khatu of Nagaur- sustained injuries in the shootout and later succumbed to his injuries. Reportedly, he had come to meet his daughter living in the hostel but got caught in the firing.

The SP said that based on the CCTV footage from the incident site police have launched a search for the accused.

Rajasthan DGP Umesh Mishra asserted yesterday that it was basically the result of a gang war.

Rajasthan minister Pratap Singh Khachariyawas had said that a thorough probe will be done and all the culprits will be brought to justice. "Two or three similar incidents took place in Jaipur recently and all the criminals involved were arrested," he said.

Meanwhile, following the shootout, supporters of Thet and an organisation, Veer Taj Sena, announced a shutdown in Sikar. They refused to accept the body or allow a postmortem until the accused are arrested.