Rajasthan: Congress wins majority in 20 of 96 municipal bodies, BJP in 24, 46 independents will be king-makers 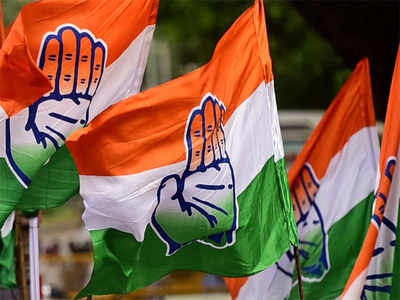 Rajasthan: Congress wins majority in 20 of 96 municipal bodies, BJP in 24, 46 independents will be king-makers | File Photo

Jaipur: Independents have emerged king-makers in the municipal elections, winning a majority in 46 of 90 urban local bodies while the ruling Congress won 20 and the BJP emerged victorious on 24 municipal bodies.

Elections for 90 municipal bodies in 3,064 wards spread across 20 districts were held on January 28 in the second phase of the polls. The first phase was held in January.

Voting for elected chairpersons and governing boards will be held on February 7.

As far as the wards are concerned, the Congress won a slim majority over the BJP, winning 1197 wards while the BJP emerged victorious on 1140. Independents won 631 wards, the Nationalist Congress Party won 46 and the Rashtriya Loktantrik Party won 13, the CPI(M) 3 and the BSP won one.

Of the five municipal bodies in the four assembly constituencies where bypolls are due, the Congress and the BJP won one each while independents got majority in three. Bypolls are to be held in Rajsamand (held by BJP), Sahada, Sujangarh and Vallabhnagar (all held by Congress). Congress is enthused with the result because it managed to snatch Rajsamand, considered a BJP bastion, from the saffron party and will form the board there after 25 years. BJP won in Sahada while independents bagged Sujangarh and Vallabhnagar.

As the results came in on Sunday night, chief minister Ashok Gehlot tweeted that the vote percentage and number of winning candidates are higher for the Congress and the party would form governing boards in most places.

AICC general secretary incharge of Rajasthan Ajay Maken said in a tweet that Congress was ahead in 48 of 90 municipal bodies that were considered BJP bastions. Independents have given support to Congress in four cities and the party will likely form boards in 52 municipal bodies.

State Congress president Govind Singh Dotasara said the Congress will form boards in over 50 of the 90 municipal bodies. “In the 2015 local body elections, BJP had formed governing boards in 60 urban bodies and Congress was limited to 25. Now our tally will be doubled as compared to 2015 while the BJP will be reduced to half,” said Dotasara.

He said the people have taught the BJP a lesson for the way they have treated the farmers and for passing anti-farmer laws as well as for trying to destabilise the elected government in Rajasthan and spreading negativity during the Covid-19 pandemic.

Meanwhile, state BJP president Satish Poonia called the election result a verdict against the ruling Congress government. He said that 64.7 percent voters have cast votes against the Congress party which shows they are fed-up with the misgovernance of the government.

Poonia said, “Congress has a clear majority in only 19 local bodies while the BJP is ahead in 24 of the bodies. This means people have rejected the Congress in 71 local bodies.” He said the BJP had improved its tally since 2015 when it won 1,019 wards as against 1140 wards this time.