Rahul Gandhi, who was born on 19 June 1970 is an Indian politician and a member of the Indian Parliament representing the constituency of Wayanad, Kerala in the Lok Sabha. He is a member of the Indian National Congress and served as the President of the party from 16 December 2017 to 3 July 2019. Gandhi is the chairperson of the Indian Youth Congress, the National Students Union of India and also a trustee of Rajiv Gandhi Foundation and Rajiv Gandhi Charitable Trust.

Rahul Gandhi is the son of Rajiv Gandhi and Sonia Gandhi and the grandson of Indira Gandhi. Rahul was born in New Delhi and spent his early childhood between Delhi and Dehradun. He stayed away from the public sphere for much of his childhood and early youth.

He attained primary education in New Delhi and Dehradun but was later home-schooled because of security concerns. Gandhi began his undergraduate career at St. Stephens College before moving to Harvard University. Gandhi transferred to Rollins College in Florida due to security threats following his father's, the late Prime Minister Rajiv Gandhi's assassination.

In 2004 Gandhi announced to enter in active politics and successfully contested the general elections held that year from Amethi, a seat that was earlier held by his father. He won again from the constituency in 2009 and 2014. In 2017, Gandhi succeeded his mother as Congress Party president and led the Congress into the 2019 Indian General Election. The Indian National Congress won 52 seats, failing to get 10% of the seats needed to claim the post of Leader of Opposition. After this poor performance in the election, Gandhi resigned as party president.

Here are some unseen pictures of Rahul Gandhi with his dad Rajiv Gandhi and grandmother Indira Gandhi: 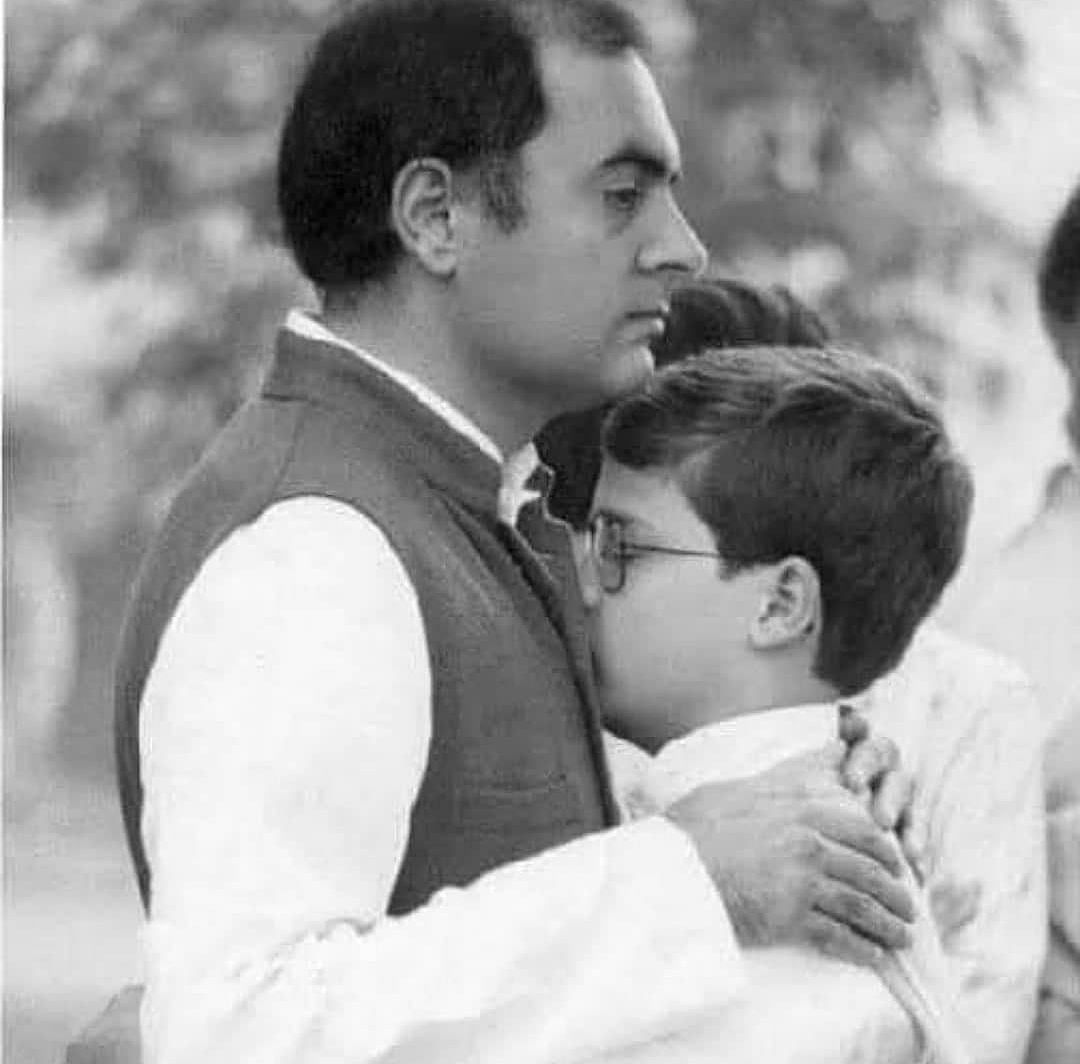