They also demanded the cancellation of police cases registered against farmers who protested the laws.
PTI 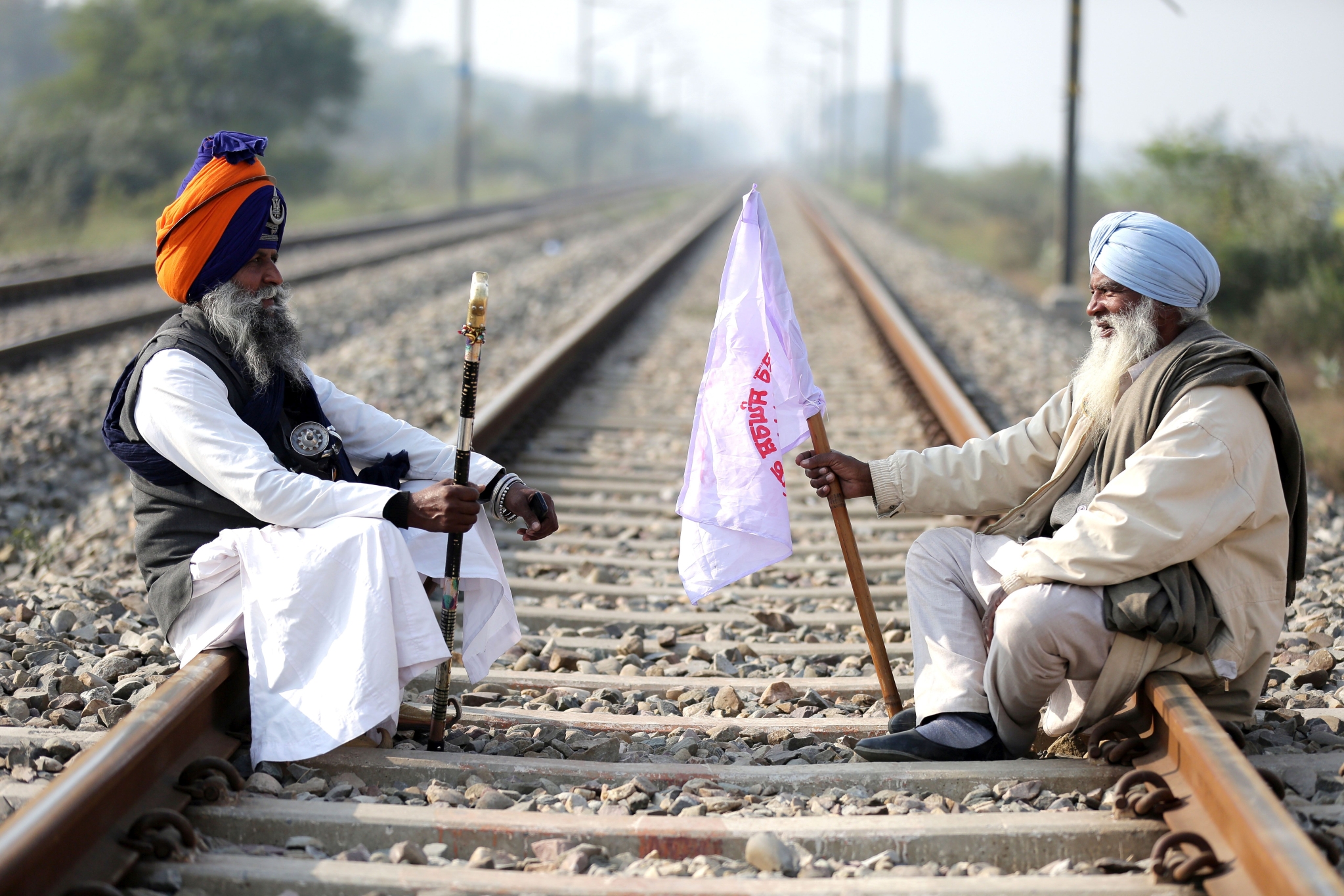 Nihang and a Kisan Mazdoor Sangharsh Committee (KMSC) supporter sit on the railway track on the first day of the statewide 'rail roko' protest against the State Government over various demands, at Devi Dasspura village, in Amritsar on Monday. | ANI

Farmers on Monday blocked rail tracks at several places in Punjab, demanding complete loan waiver and compensation to families whose members died during the course of the stir against the Centre's farm laws.

They also demanded the cancellation of police cases registered against farmers who protested the laws.

The train movement was affected in the state due to their "rail roko" agitation, which started under the banner of the Kisan Mazdoor Sangharsh Committee. According to railway officials, over 55 trains were affected following the protest by farmers at Ferozepur, Tarn Taran, Amritsar and Hoshiarpur.

They said 27 trains were cancelled, 11 were short-terminated while 17 were halted.