The Kartarpur corridor's reopening decision was welcomed by Punjab CM Charanjit Singh Channi and the cabinet of state would visit the historic shrine in Pakistan this Thursday along the "Jatha".
PTI 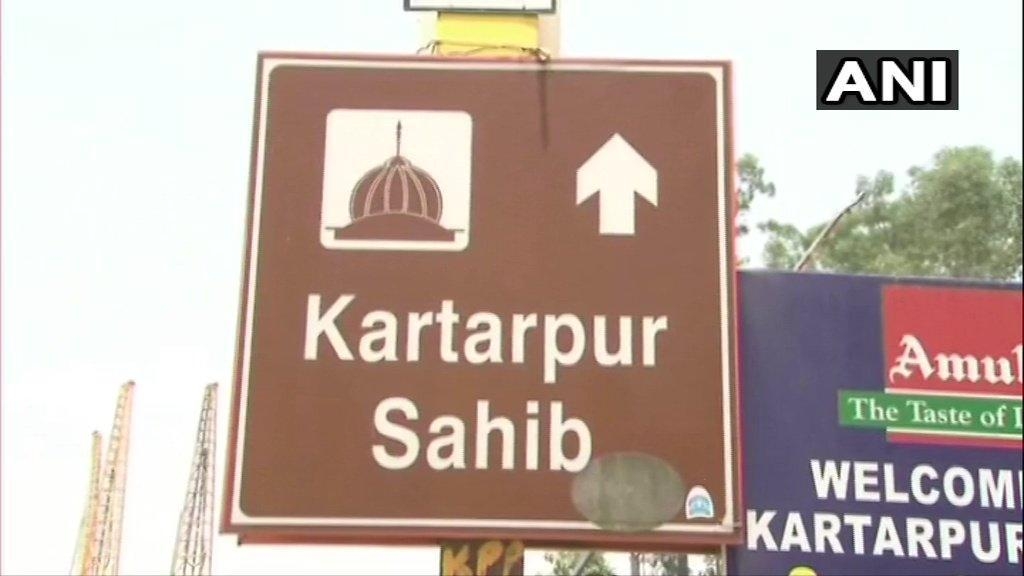 The Kartarpur corridor links Gurdwara Darbar Sahib in Pakistan, the final resting place of Sikhism founder Guru Nanak Dev, with the Dera Baba Nanak shrine in Gurdaspur district. Pilgrimage to the Kartarpur Sahib gurdwara was suspended in March last year because of the Covid-19 outbreak.

Union Home Minister Amit Shah said on Tuesday that the Union government has decided to reopen the Kartarpur Sahib corridor from Wednesday.

Gurpurab, which marks the birth anniversary of Guru Nanak, will be celebrated on November 19.

Channi welcomed the move and said he as the Punjab CM had requested Prime Minister Narendra Modi and Home Minister Amit Shah to reopen the corridor.

"The entire cabinet will be part of the first 'Jatha' (group) which will visit and pay obeisance on November 18," Channi told reporters.

"I warmly welcome the decision to reopen the Sri Kartarpur Sahib Corridor on the auspicious occasion of 552nd Parkash Purb of Sri Guru Nanak Dev Ji. This laudatory step has fulfilled aspirations of millions of devotees who've been deprived of 'darshan didare' due to the Covid pandemic," Channi said later in a tweet.

I warmly welcome the decision to reopen the Sri Kartapur Sahib Corridor on the auspicious occasion of 552nd Parkash Purb of Sri Guru Nanak Dev Ji. This laudatory step has fulfilled aspirations of millions of devotees who've been deprived of 'Darshan Didare' due to COVID pandemic.

"Welcome step.. The reopening of the corridor of infinite possibilities.invaluable gift for Nanak naam levas.may the corridor of the Great Guru remain open eternally to shower blessings on one an all..Sarbat da bhala," said Sidhu in a tweet.

Welcome step …. The reopening of the Corridor of infinite possibilities … invaluable gift for Nanak naam levas … may the corridor of the Great Guru remain open eternally to shower blessings on one an all …. Sarbat da bhala pic.twitter.com/88Dw9o8nA9

In his earlier tweet, Sidhu had said, "I urge GOI to reopen Kartarpur Corridor, to create a new Darshan Asthan for 'khule darshan didar' for all and to cancel the 3 farm laws on Shri Guru Nanak's Gurpurab, as it's a day for reflection, rediscovery and reiteration of Gurus message of peace, harmony & universal brotherhood." Former chief minister Amarinder Singh thanked the PM and the Union home minister for the decision.

"My profound gratitude to PM @narendramodi and HM @AmitShah for the timely opening of the Kartarpur Sahib Corridor. It will provide a chance to thousands of devotees to pay obeisance at the holy shrine on the occasion of Guru Purab of Guru Nanak Dev," said Amarinder.

BJP national general secretary Tarun Chugh said, "I thank the Prime Minister Shri @narendramodi for reopening the corridor. With this decision, Sikhs around the world will be able to celebrate 'Prakash Purab' with full devotion and enthusiasm." On November 14, a delegation of Punjab BJP leaders had met the PM in Delhi and requested him to reopen the corridor before Gurpurab.