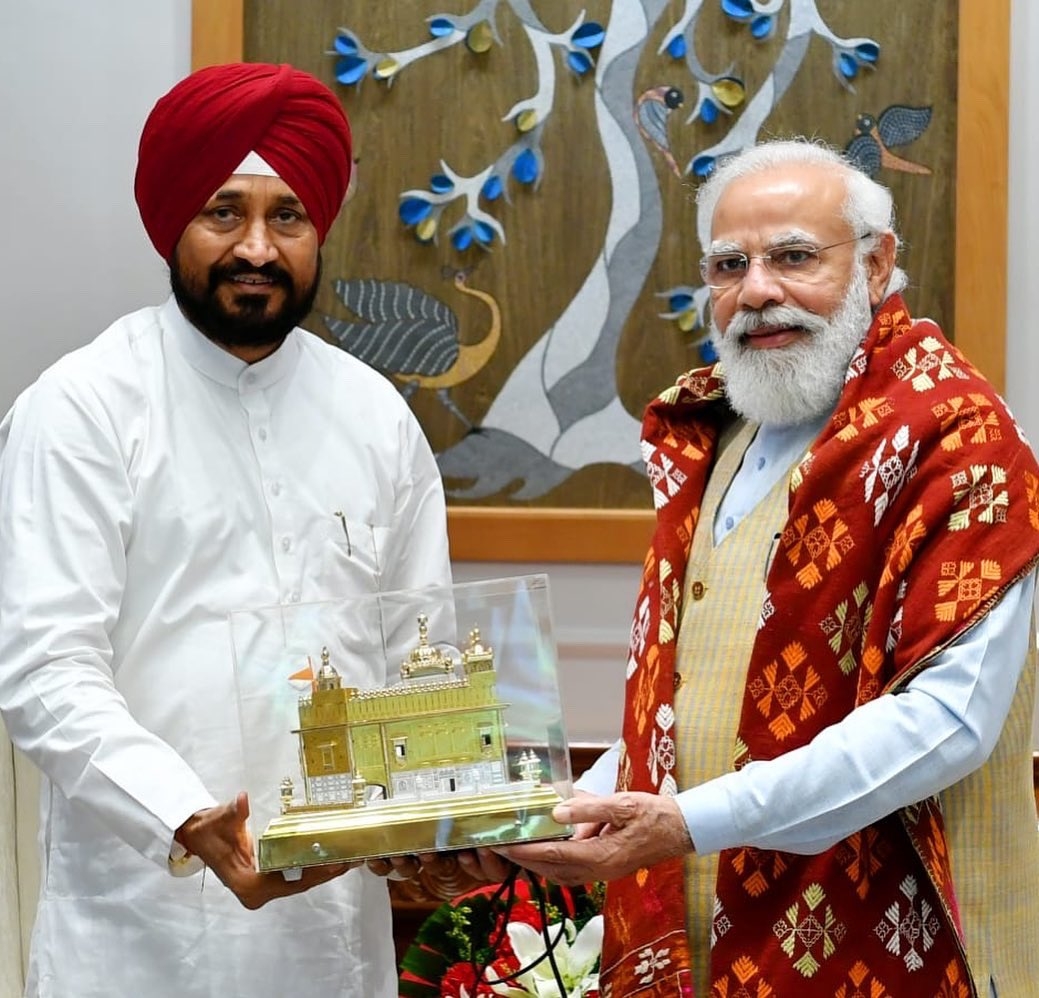 Punjab Chief Minister Charanjit Singh Channi on Friday met Prime Minister Narendra Modi and asked him to resume dialogue with the farmers protesting against the Centre's three farm laws. He also urged the Prime Minister to repeal the farm laws.

"I have urged the Prime Minister to end this agitation over the three farm laws. He listened to me intently and said he also wants a solution to this problem and is working in this direction," Channi told reporters after the meeting.

"I have told him that Punjab's economy is agriculture driven and Punjab can only progress if our farmers and farm labourers are happy," the Chief Minister said.

Channi said that he has also told the Prime Minister that Punjab is suffering because of the farmers' agitation and the state has always fought for the country and "our people have sacrificed their lives in the freedom struggle and for the unity of the country".

He also appealed to PM Modi to reopen the Kartarpur Corridor which was closed due to the coronavirus pandemic.

Taking to Twitter, Channi wrote, "Met PM @narendramodi ji at Delhi today and discussed the farmers' issues including the repeal of farm laws and asked him not to delay the paddy procurement. Further appealed him to reopen the Kartarpur Corridor which was closed due to #Covid19."

Notably, this is the first meeting between the two leaders after Channi was sworn in as the new Chief Minister of Punjab following the crisis in Punjab Congress and the resignation of Captain Amarinder Singh from the chief ministerial post.