Punjab assembly elections to witness a face-off between two Marwaris 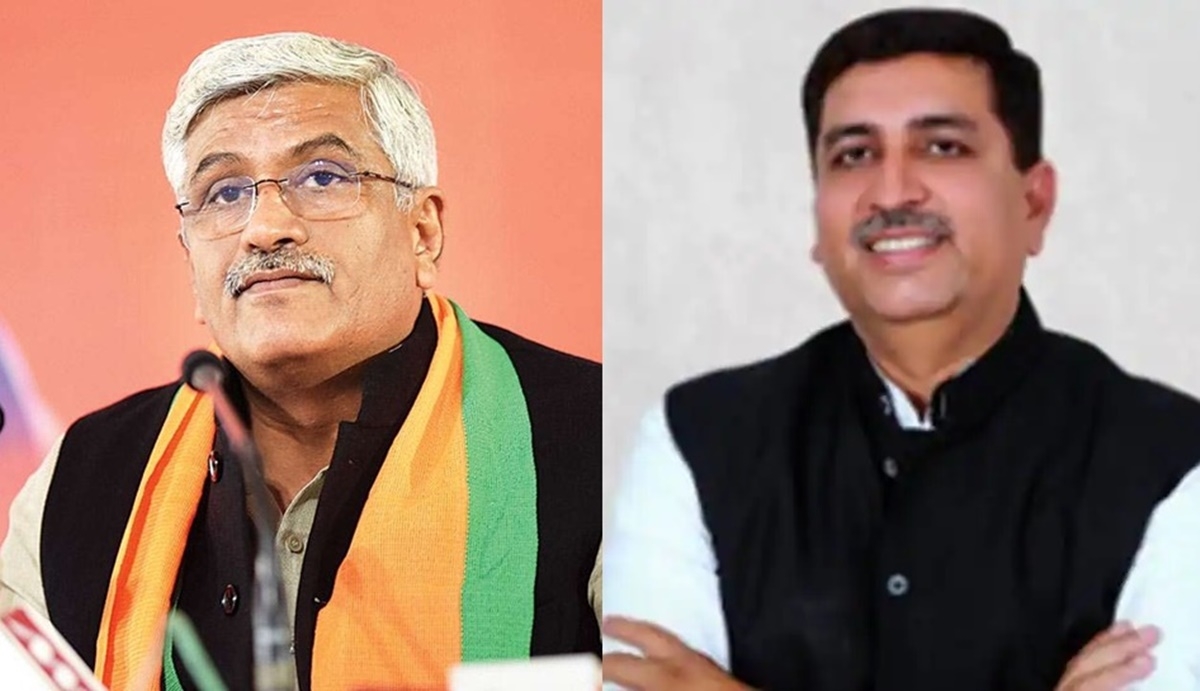 Jaipur: The upcoming Punjab assembly elections will witness a face-off of two Marwaris as the election in charge of both Congress and BJP are from Rajasthan. And not only in Punjab, the leaders from Rajasthan are playing an important role in Uttar Pradesh and Uttarakhand also.

The Congress and BJP have shown confidence in leaders from Rajasthan in the coming assembly elections of five states. The Rajasthani leaders have major responsibilities in Punjab, UP and Uttarakhand.

An interesting face-off is in Punjab where Union Minister Gajendra Singh Shekhawat is the election in-charge of BJP and ex-minister in Rajasthan government Harish Chaudhary is the in-charge of Congress. Both the leaders are from the Jodhpur division and were student leaders of Jodhpur University and are close to their central leadership. Both are the prominent faces of their parties in Rajasthan also. Gajendra Singh is one of the CM faces of BJP and Harish is a strong Jat leader from western Rajasthan.

Harish Chaudhary has been the party's in-charge in Punjab for seven years. In such a situation, not only does he have complete knowledge of Punjab, but he is personally well versed with most of the leaders there. Harish will also get the benefit of the experience he got in the last assembly elections.

While the challenge for Gajendra Singh is tough as BJP has not much ground in Punjab and things have become more difficult for the party after a year-long farmer agitation although he said that the party is ready for elections to face any kind of challenge.

The leaders from Rajasthan are having major responsibilities in UP and Uttarakhand also. One of the union ministers from Rajasthan Arjun Ram Meghwal and a team of around 100 leaders and workers are handling 36 assembly seats of UP adjoining Rajasthan. While from Congress, the national secretary Dhiraj Gurjar and Juber Khan are busy in UP. Kuldeep Indoura, the other national secretary of Congress from Rajasthan and ex-mayor of Jaipur and some other leaders have been given the responsibility of some seats in Uttarakhand.