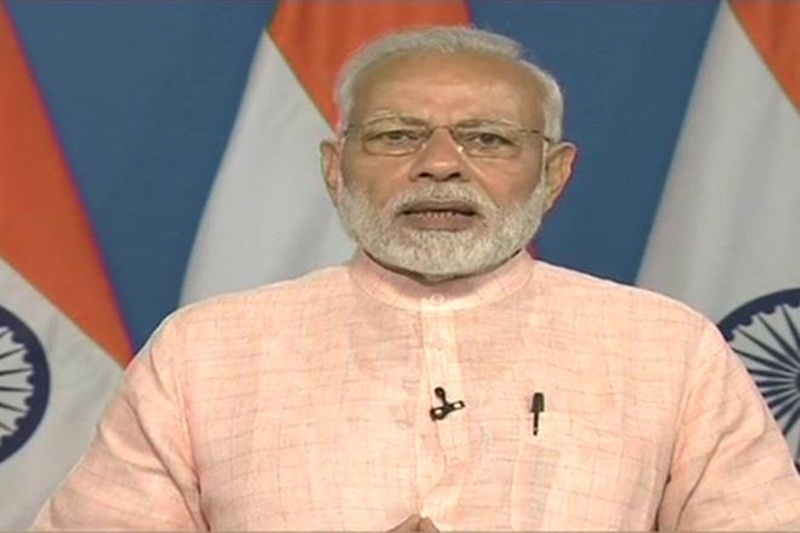 Kannauj/Hardoi (UP): PM Modi on Saturday slammed the SP-BSP-RLD tie-up, saying the alliance of “opportunists” wants a helpless government because its mantra is jaat, paat japna; janata ka maal apna. He was speaking at election rallies in Kannauj, a Samajwadi Party stronghold, and Hardoi a day after filing his nomination from the Varanasi Lok Sabha seat for a second term. Dubbing the SP-BSP-RLD alliance as ‘mahamilavati opportunists’, Modi said in Kannauj he does not believe in politics of caste and thanked his detractors for apprising people of it.

Later in Hardoi, he slammed Congress, blaming it for showing scant regard for Babasaheb Bhimrao Ambedkar and pointed out his government has dedicated the Bhim App in his name. Modi said, “Mayawatiji, I am most backward…I request with folded hands not to drag me in the caste politics, 130 crore people are my family.” “This country did not know my caste till my detractors abused me…I am thankful to Mayawatiji, Akhileshji, Congress people and the mahamilavatis they are discussing my caste…I believe taking birth in a backward caste is an opportunity to serve the country,” he said. The PM hit out at the opposition for attacking chowkidar and Ram bhakts, and alleged the alliance wanted a helpless govt because their mantra was “jaat, paat japna; janata ka maal apna” (Talk about caste while looting people’s money).