Gandhi was the consensus opposition candidate for the post of vice-president in 2017, but had lost to M Venkaiah Naidu

Ahead of the upcoming Presidential elections, the Left parties on Wednesday have suggested the name of Mahatma Gandhi's grandson, Gopalkrishna Gandhi, according to India Today. Gandhi has sought time to think over the matter.

As per the report, the Left parties, in their meeting with NCP chief Sharad Pawar on Tuesday, suggested the name of the former West Bengal governor. Pawar wasn’t averse to the suggestion. His name is likely to be proposed at today’s meeting.

What Gandhi has to say on his name being proposed?

Gandhi said, "I have been asked if I would consider being such a candidate if a consensus builds around my name. I have said I need some time to think about this important suggestion."

He further added, "Consultations among all concerned are underway. It would be premature to say more at this juncture."

Notably, Gandhi was the consensus opposition candidate for the post of vice-president of India in 2017, but had lost to M Venkaiah Naidu in the election.

He has also served as India's High Commissioner to South Africa and Sri Lanka. He is the grandson of Mahatma Gandhi and C Rajagopalachari.

Some leaders have proposed the name of NCP patron Sharad Pawar, but the veteran leader has declined to contest.

The election to elect a successor to incumbent Ram Nath Kovind would be held on July 18.

The process to file nominations for the presidential election began on Wednesday with the Election Commission issuing a notification calling upon the electors to fill the vacancy. The election is scheduled to be held on July 18.

The nominations can be filed till June 29 and the scrutiny of the papers will take place on June 30. July 2 has been decided as the last date of withdrawing from the electoral battle. The counting will be held here on July 21.

While voting takes place in Parliament House and state legislative assemblies, the counting of votes is held in the national capital. 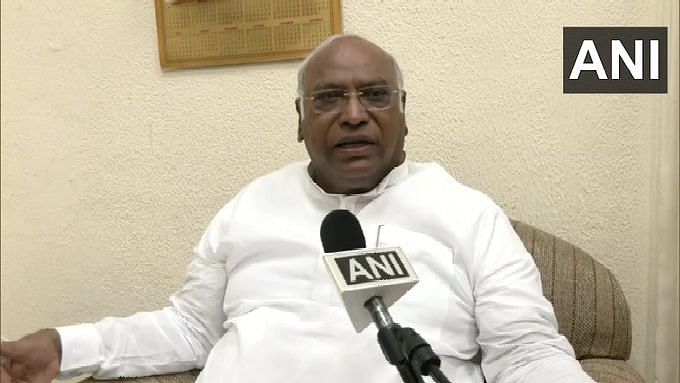