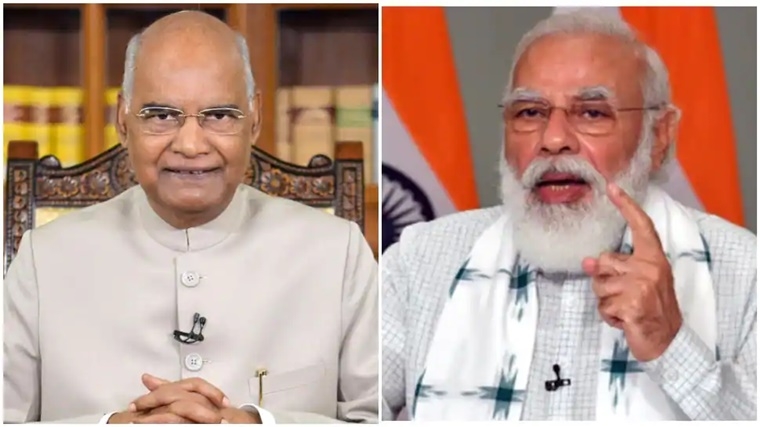 New Delhi: President Ram Nath Kovind will lead the celebrations of Constitution Day on Friday at the Central Hall of Parliament House.

As a part of the Constitution Day celebrations on Friday, Prime Minister Narendra Modi will address the distinguished gathering and participate in the programmes that will be organised in the Parliament and Vigyan Bhawan.

As per a release issued by the Ministry of Parliamentary Affairs, the Centre will celebrate Constitution Day as a part of Azadi ka Amrit Mahotsav.

After the speech of the President, the nation will join him live, in reading the Preamble of the Constitution.

The Prime Minister will also inaugurate the two day Constitution Day celebrations organised by the Supreme Court, at 5:30 pm in Plenary Hall, Vigyan Bhawan, New Delhi, according to the statement.

All Judges of the Supreme Court, Chief Justices of all High Courts and senior-most puisne Judges, Solicitor General of India, and other members of the legal fraternity will be present on the occasion.

The observation of Constitution Day started in 2015, based on the vision of the Prime Minister to give due recognition to the significance of this historic date.

The roots of this vision can also be traced back to the "Samvidhan Gaurav Yatra" organised by the then Gujarat Chief Minister Narendra Modi in 2010.