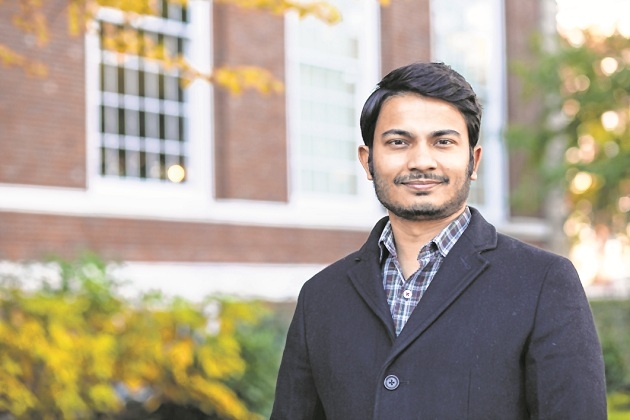 Chinmay Tumbe, Associate Professor of Economics at IIM-Ahmedabad, is an international authority on migration.

His book, ‘India Moving: A History of Migration’, is a scholarly exposition on the subject. In an exclusive interview with The Free Press Journal’s Political Editor Pramod Chunchuwar, he has criticised the Centre, for a poorly planned lockdown.

Migrant labourers were totally ignored, he points out. Further, this itinerant workforce will only return in October, which means for the next five months, there will be a major labour shortage in various sectors.

What is your take on the plight of migrant labourers after the announcement of the lockdown?

The lockdown was poorly planned. Migrant labourers in the country were totally ignored. They should have been given time to travel, before the lockdown was announced. The rate of infection (on March 24) was very low.

But when a PIL was filed in the Supreme Court about transportation for migrants, the central government lied in court, telling it that one-third of the migrants in the country were infected. It is almost clear that even after 40 days, most of the migrant labourers are not infected by corona. There are no major cases from migrant labour camps.

On March 24, the lockdown was announced but the measures for labourers were announced only five days later. The measures announced by Nirmala Sitharaman on March 29 were merely a forced reaction to the problems faced by these workers. This goes to show how badly planned the lockdown was. I wonder who advises the government on the issue of migrant workers.

What will be the impact on our economy?

As per the Economic Survey of India, 2016-17, there are over a hundred million migrant workers in India, of them, most are circular migrants. The duration of their work cycle can be as short as a day or a week, in which case they are referred to as commuters, numbering tens of millions, who frequently board trains and buses bound toward a nearby town or city. A few more tens of millions migrate seasonally for work — for a few months of the year.

The construction sector will be the worst-impacted by this. The labour cost will go up. On the one hand, oil prices are falling and on the other, the prices of food and other goods are rising.

Could we call this reverse migration? Will these labourers return to work?

In times of crisis, especially with the fear of death looming, everyone wants to be with their family. Even if arrangements are made for their food and shelter, labourers want to go home to their families.

In Surat, Mumbai or Bengaluru, most migrants are from rural part of their home states, the sole bread winners who live away from their families. That is why they want to go back. No, we cannot call the current phenomenon a ‘reverse migration’. We can call it a temporary labour gap or an unscheduled return migration.

Had they gone back before March 24, they would have come back after 40-50 days. But now we are allowing them to go back, they will not come early. Keeping in mind the economic situation, the labourers will not return before October.

In the past too, they have gone to their native places like this, during the recession and demonetisation. But once conditions improved, they came back.

This time too, they will come back. As per the migration calendar, every year, these labourers go home in June and July. They work for 10 months in their workplace and return to their villages in time to sow rice. This time, they have left a month early.

What measures would you suggest for their welfare and to bring back them to work?

The first point is that now, the market response will decide the response of the labour force. The market will have lure them back with inducements and bonuses. I heard that the construction sector is planning to do just that.

The respective state governments will have to start work under the MNERGA scheme, to keep them engaged and to provide them money. The government should directly transfer money into their accounts for the next few months.

The best stimulus package would be the central government giving money to the people and allowing them to spend it wherever they want to spend it.

This would be the easiest way to help them survive. All of them should be supplied ration cards. The Centre should set up an inter-state migration council and implement the one nation-one ration card scheme. Currently, there are problems in the implementation of this scheme, as it needs strong coordination among states. 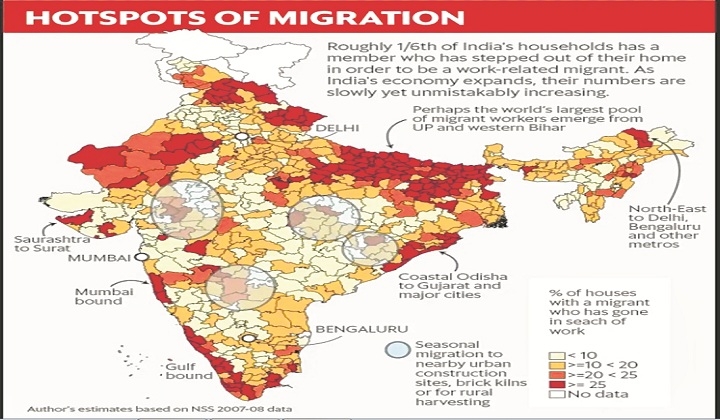