Police personnel attacked in Aligarh while trying to close shops; one cop injured 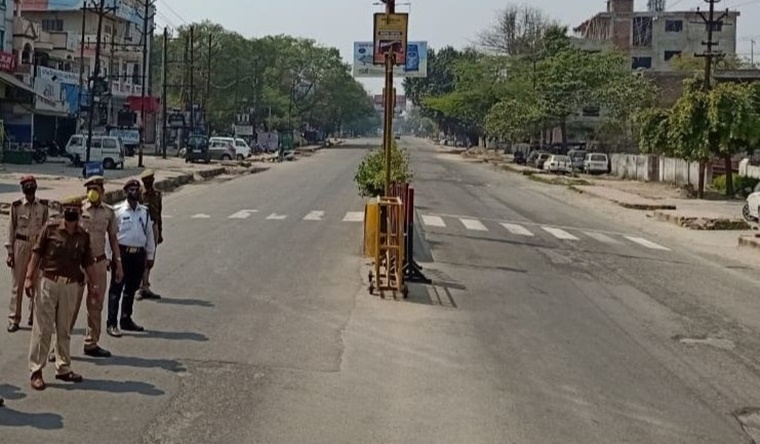 Aligarh (UP): The police were attacked in Aligarh on Wednesday morning when they tried to close the shops in the district. One police man was injured in the incident which took place in the Bhojpura area in Kotwali police circle.

According to reports, a large number of people had come to the vegetable market when a police team reached there and asked the vendors to shut their shops at the specified time. The people there started pelting stones at the police team and additional forces were rushed in to control the situation. A police official said that efforts were on to identify persons who had indulged in stone pelting and strict action would be taken against them.