'PM Modi should not have made such a remark: Rajasthan CM Ashok Gehlot on prime minister's 'made it back alive' dig 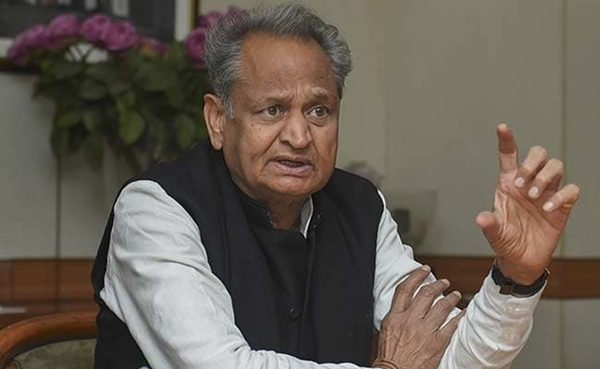 Amid the ongoing row over the security breach in Prime Minister Narendra Modi's convoy in Punjab, Rajasthan Chief Minister Ashok Gehlot on Thursday stood up for the Congress as the party has been facing backlash from the BJP for the lapse by its government in Punjab.

At a press conference, Rajasthan CM Ashok Gehlot said that Congress wants to tell the prime minister that his security is everyone's responsibility. It is unfortunate that politics is being done on this, he said further.

The CM also condemned PM Modi's remark at Bhatinda Airport when the latter yesterday said, "Say thanks to your CM that I was able to return to Bhatinda airport alive".

Gehlot said that the PM should not have made such a remark.

The Congress and the BJP have been trading barbs over the issue of security breach.

While the BJP held the Congress responsible for it, the grand-pold party retaliated saying the former was frustrated as the rally was cancelled.

Tearing into the BJP, Congress leader Gaurav Gogoi said: "I can understand the frustration of the BJP with a cancelled rally. But why malign protesting farmers by calling them terrorists and presuming that they will attack the Prime Minister's convoy ? The mindset of calling farmers mawalis, deshdrohis and running over them continues."

On the other hand, the BJP has claimed that Prime Minister Narendra Modi has failed the conspiracy of "Pakistan and Khalistanis and Congress." The Prime Minister has exposed Congress's game to push the country into the fire of riots, it added.

Modi's convoy faced a serious security breach in Punjab on Wednesday as it was stranded on a flyover on the outskirts of rally venue with protestors jamming the road for almost 20 minutes. Modi had abandoned the plan to fly to the rally venue due to inclement weather and had taken the road from Bhatinda.