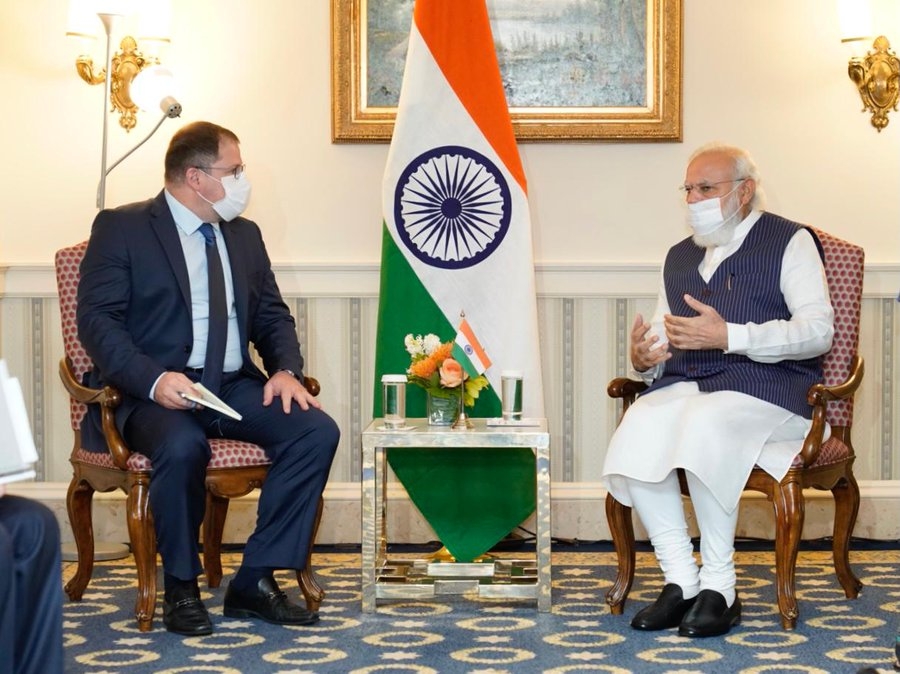 Washington: Prime Minister Narendra Modi on Thursday began his engagements in the US with a "productive interaction" with President and CEO of Qualcomm Cristiano E Amon spanning 5G, drones and semiconductors.

The San Diego-based company creates semiconductors, software, and services related to wireless technology. One of the biggest names in 3G, 4G, and next-generation wireless technology innovations for more than 30 years, Qualcomm is now playing a big role in 5G with a vast array of products spanning across automotive, computing, and Internet of Things industries.

PM Modi, who arrived in Washington on Wednesday on an official visit to the US during which he will hold the first face-to-face meeting with President Joe Biden and Vice President Kamala Harris, held a one-on-one meeting with Amon.

‘‘We talked about semiconductors…And we talked about the opportunity to build an incredible mobile ecosystem that is developing in India. We are very pleased with the conversations and we're very, very happy with everything we're doing together with India,” Amon said.

The discussions also focused on India's flagship programme Digital India, and the use of emerging technologies in sectors like health, education and R&D. Modi and Narayen both emphasised on creating few centres of excellence of Artificial Intelligence (AI) in India.

"Mr. Shantanu Narayen of @Adobe is a great friend of India. I sat down with him to discuss interesting ideas relating to ed-tech, supporting Indian start-ups and boosting innovation. Shantanu expressed keenness to take the joys of video and animation to every child in India," Modi tweeted after the meeting.

The Prime Minister also held discussions with General Atomics CEO Vivek Lall. General Atomics is a research and development-focused American energy and defence firm. Lall, a world-renowned scientist, took over as CEO of the firm on June 1 last year.

With First Solar CEO Mark Widmar, the Prime Minister spoke about the ‘One world, one sun and one grid’ initiative and its potential. He referred to India’s ambitious target of 450 GW of renewable energy.