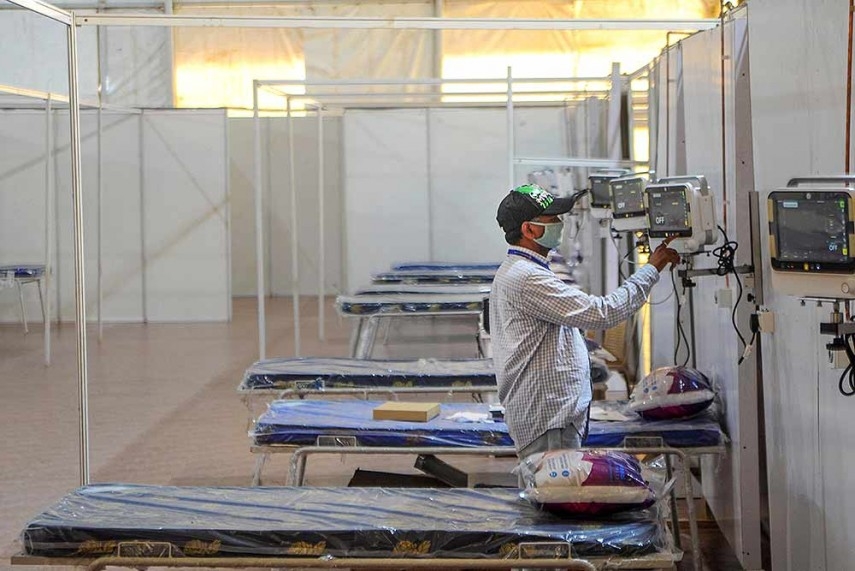 Ventilators supplied under the PM CARES fund in Jammu and Kashmir have been found defective, faulty and not fit to support patient care, reported NDTV.

According to NDTV, ventilators supplied to the Government Medical College, Srinagar, were manufactured by three different companies. The government said an inquiry will be ordered.

An application under the Right to Information (RTI) Act showed that the hospital's Department of Anaesthesiology and Critical Care Medicine listed the technical problems which make the machines unfit for use for critical care management.

37 Bharat ventilators received had compressor and heat up problems, while three Agva ventilators are not functional either due to other problems like display not working properly, problem in generating tidal volume, reported NDTV.

Meanwhile, Two of the 125 ventilators at the DRDO (Defence Research and Development Organisation) hospital that were put on trial had problems of tidal volume and oxygen flow

According to a report by The Wire, Shri Maharaja Hari Singh (SMHS) Hospital, Srinagar, received a batch of 165 ventilators from the Fund. And an application under the Right to Information (RTI) Act has revealed that hospital authorities found all 165 units to be defective either during tests or when operated with patients.

PDP president Mehbooba Mufti on Monday alleged that the PM-CARES was a "sophisticated way of corruption" as the prime minister was not willing to make public the account of the money the fund received.

To a question on demonetisation of high-value currency notes in 2016, she said the stated objective of the exercise was to end corruption, return of black money and end violence.

"However, corruption today is at its peak. It is now done in a sophisticated way like the PM Cares Fund. What is it, if not corruption when you don't want to give an account of money that you hold as a prime minister?" the PDP president told reporters after a party function.

The ventilators provided under the PM CARES Fund were found to be defective not only in Kashmir but in Gujarat as well, she alleged. "The biggest swindle is in the PM CARES Fund." Mehbooba said the government claims of normalcy were belied by the situation on the ground.

"A few days before Home Minister Amit Shah's visit, hundreds of youth were arrested in Kashmir. The process is continuing even after his visit," she claimed.