Twelve Opposition MPs were suspended from the Rajya Sabha for the rest of the Winter Session on account of 'unruly behaviour' during the Monsoon Session of Parliament.

The official notice said, "This House takes cognisance and strongly condemns the utter disregard to the authority of the Chair, complete abuse of rules of the House persistently thereby wilfully obstructing the business of House through their unprecedented acts of misconduct, contemptuous, unruly and violent behaviour and intentional attacks on security personnel on the last day of 254th Session of Rajya Sabha i.e. August 11." 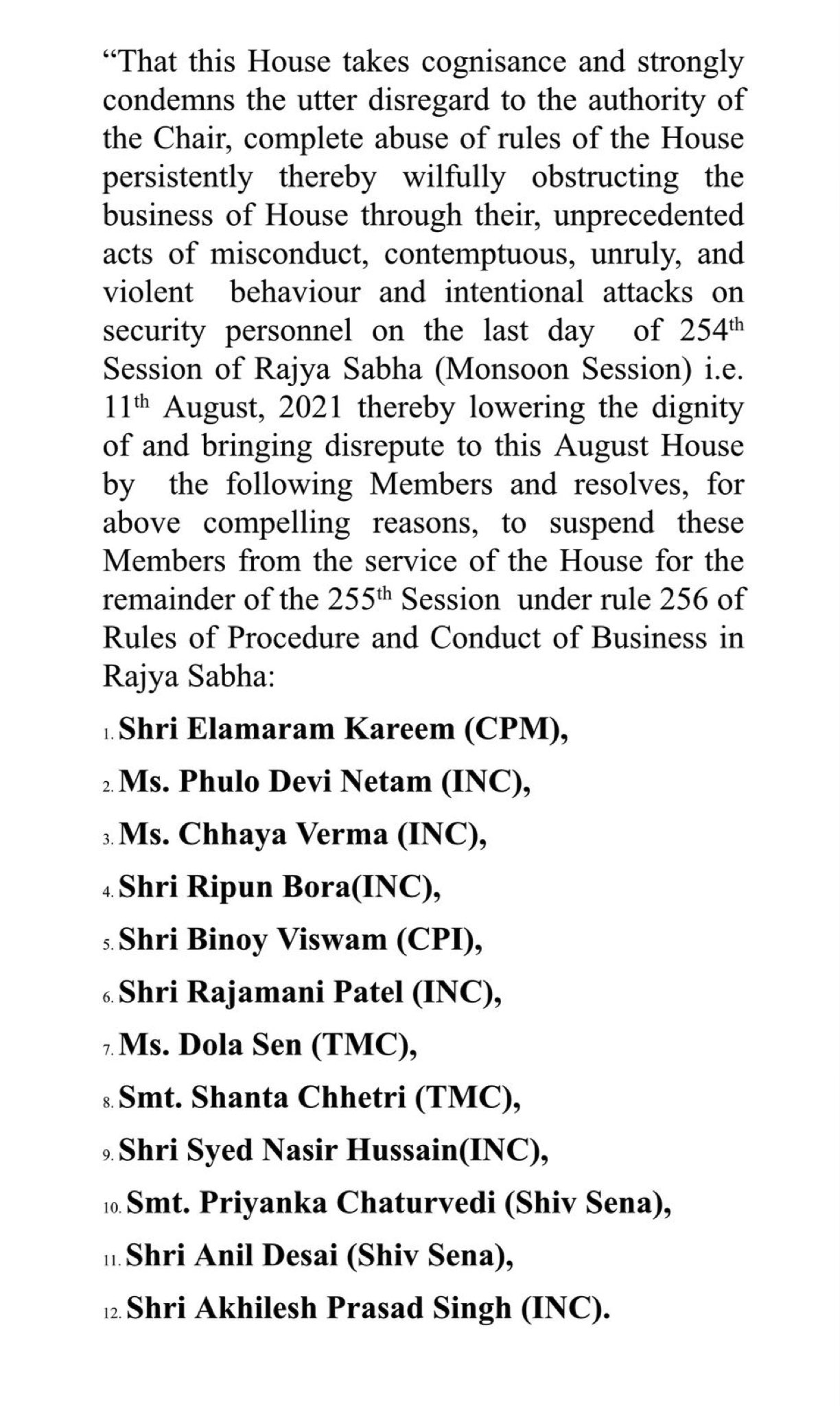 The last day of the Monsoon Session of Parliament witnessed a ruckus in the Upper House while opposition MPs claimed they were attacked by marshals who were not part of Parliament security.

The government's report on the ruckus states that a male marshal was choked by CPM MP Elamaran Kareem while a female marshal of the Rajya Sabha was assaulted by Chhaya Verma and Phulo Devi Netam, Congress MPs. The report was submitted to the Rajya Sabha chairman after the House was suspended for the season.

Following this, Rajya Sabha chairperson Venkaiah Naidu and Lok Sabha speaker Om Birla had decided to undertake a detailed examination of such unruly scenes in the past and the future course of action in such cases. 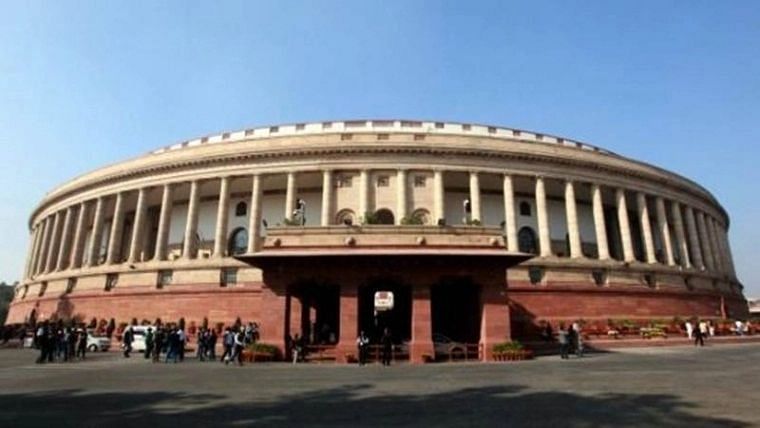