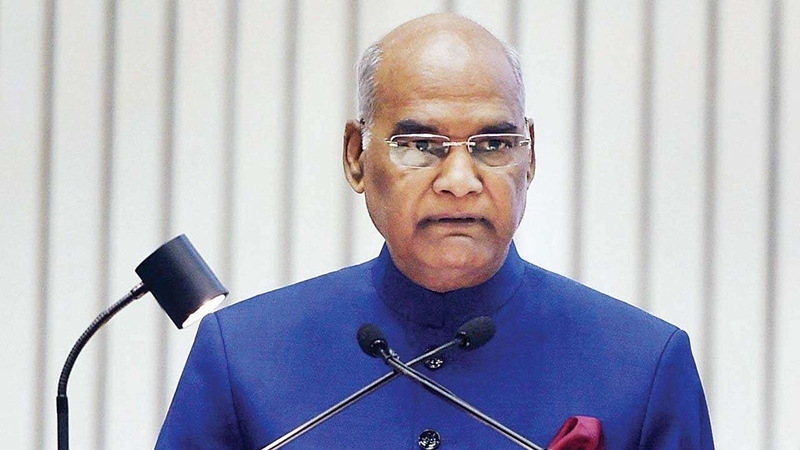 ""Having been satisfied that as the government of the State of Naharashtra cannot be carried on in accordance with the Constitution, has today submitted a report as contemplated by the provisions of Art 356 of the Constitution," read a press release from the Raj Bhavan.

A Ministry of Home Affairs spokesperson commenting on the move said, "Maharashtra Governor was of the view that it has been 15 days since the conclusion of electoral process and none of the political parties are in the position to form a govt in the state. President's Rule is a better option."

Political leaders however do not agree. Many have taken to social media to question the move, with some calling it "illegal".

Here are some of the highlights:

Governor Koshiyari has committed a grave travesty of the democracy & made a mockery of the Constitutional process in reccomending President’s Rule in Maharashtra.

Four grave violations of the Constitutional Scheme, as expressed in SR Bommai judgment, stand out.
1/3 pic.twitter.com/Ixp0pKF9du

2/3
In absence of any single party having majority In Maharashtra, Gov should have called;

3/3
3. In case Gov called individual parties, why did he not call INC?

4. Why the completely arbitrary allotment of time? 48 hours to BJP, 24 hrs to Sena & not even 24 hours to NCP, before the Presidents Rule

Congress' Digvijaya Singh alleged that President's Rule has been imposed under pressure from the Prime Minister and Home Minister.

#WATCH Digvijaya Singh, Congress: ...This decision (President's Rule in Maharashtra) has been taken under pressure from Prime Minister and Home Minister, we object to this. pic.twitter.com/GRaEoTPG5P

The Youth Congress called it a "tragic and unconstitutional" turn of events and "an inedible blot on democracy".

The Governor of Maharashtra @BSKoshyari gave the BJP over 14 days but clamoured at waiting till the appointed deadline of 8:30 PM today.

Proven that office of the people now only act to serve the BJP! #PresidentRuleInMaharashtra

Communist Party of India (Marxist) leader, Sitaram Yechury said, "It is clear that utilising the period of President’s rule, the BJP will indulge in all the methods in its arsenal to manufacture a majority for itself as it has done in several states earlier. This is yet another assault on the Indian Constitution by this Modi govt."

It is clear that utilising the period of President’s rule, the BJP will indulge in all the methods in its arsenal to manufacture a majority for itself as it has done in several states earlier.
This is yet another assault on the Indian Constitution by this Modi govt. #Maharashtra pic.twitter.com/rYjmwyDsem

Congress leader Sanjay Nirupam said that the Governor should have waited until the 8:30 pm deadline given to the NCP to prove its majority.

Imposition of President Rule in Maharashtra was decided long ago.But Hon Governer should have waited till 8.30 tonight before sending report to Centre. Bcoz he only had fixed this deadline with NCP as last option to form govt.
Prima facie it looks illegal & unconstitutional now.