Once on sidelines, Pakistani Hindus hold sway in Rajasthan 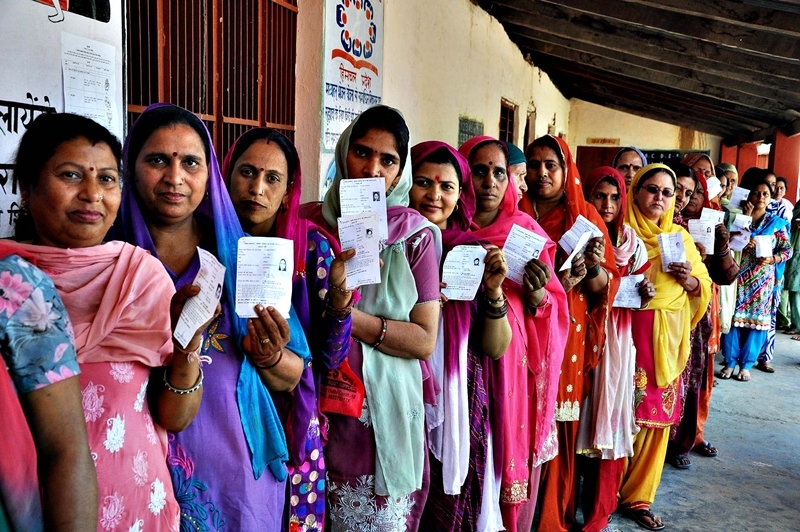 Jodhpur: In the first phase of the Lok Sabha polling in the state on Monday, over two lakh migrant Hindus from Pakistan will be casting their votes in various districts of western Rajasthan.

The Congress government under Chief Minister Ashok Gehlot expedited the process of granting citizenship under the new laws relating to the migrants from Pakistan, Bangladesh and Afghanistan.

The citizenship awarded under the Citizenship Act 1955 which was amended in 2016 helped a large number of migrant Hindus, mostly belonging to the backward class to get citizenship in western Rajasthan districts like Jodhpur, Pali, Barmer, Jaisalmer, Jalore, Sirohi and Bikaner.

These Hindus are those who came to India after the Indo-Pakistan war of 1965 and 1971 and stayed back in India. They were living in India on a long term visas that were extended from time to time.

After the 1965 and 1971 war, a large number of Hindus from the Sindh province of Pakistan crossed over to India and the majority of them who did not have proper travel documents with them stayed back and never returned home. These are the people who made Rajasthan their new abode and started working here as labourers and a large number of them were married here and raised their families.

According to one figure, only 1.20 lakh Pakistani Hindus, who held the Pakistani passport and came to India on a long term visa were granted Indian citizenship. However, as they brought their families or raised their families in India after staying for long years in India, their children were also entitled for citizenship.

Thus by an estimate about two lakh Pakistani migrants and their kins would be voting in the Lok Sabha election as they have their names in the voter’s list in various districts and also hold Aaadhar cards,” said Hindu Singh Sodha, the president of Seemant Lok Sangathan, an organisation that fought for the Pakistani migrants.

Sodha himself migrated from the Sindh province to Jodhpur as a schoolboy in 1971 following the 1971 India-Pakistan War. In 1971, the Indian government delegated the district collectors to issue citizenship certificates to the bonafides who want to make India their homes, following discriminations and persecutions.

Sodha said, similarly over a thousand Pakistani migrants have been issued Indian citizenship by the Gujarat government in recent time will also be eligible to vote. The Narendra Modi-led NDA government tweaked the law to relax rules for Hindus and other non-Muslim minorities from Afghanistan, Pakistan and Bangladesh to become Indian citizens.