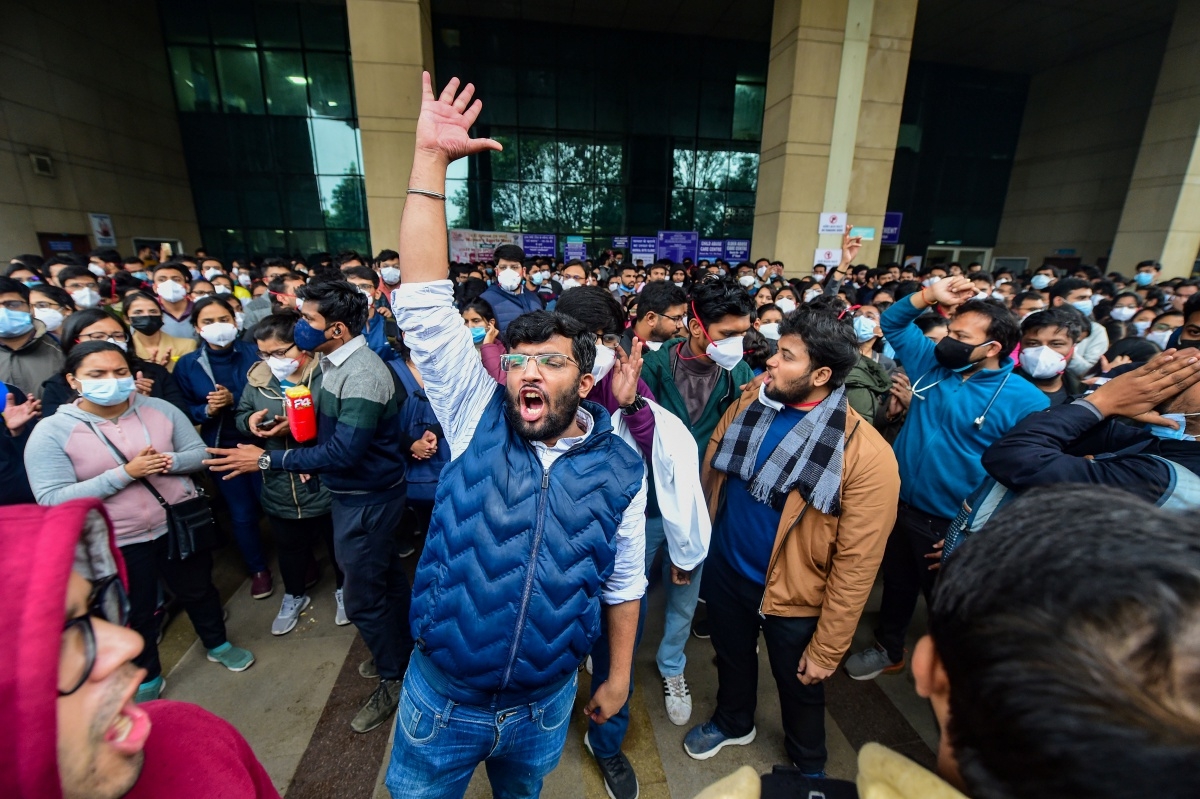 A day after doctors alleged of attacks by Delhi Police during their protests over expedition of NEET PG Counselling, the Delhi Police on Tuesday clarified that no lathi charge or force was not used.

Suman Goyal, Additional Commissioner, Central Range speaking about the protests yesterday said that the Delhi Police has the highest regard for doctors. She further said the doctors claimed mishandling and use of force, I'd like to clarify that no force or lathi charge was used.

"Few policemen got injured, some police vehicles were also damaged," she added.

"Protesting doctors again wanted to march towards the Supreme Court, as a preventive measure, some doctors were detained," Goyal added.

On Monday, a protest march was held by the resident doctors towards the Supreme Court, however, they were stopped mid way by the Delhi Police. As the doctors were not allowed to continue their march, they surrendered their medical apron on the road to register the protest. The doctors alleged they were thrashed and dragged during their march to the Top Court.

The doctors claimed mishandling & use of force, I'd like to clarify that no force/lathi charge was used. Delhi Police have the highest regard for doctors. Few policemen got injured, some police vehicles were also damaged: Suman Goyal, Additional Commissioner, Central Range (3/3)

Presently, the doctors are protesting outside the emergency ward of the Safdarjung Hospital. All emergency services, including ambulance services were briefly obstructed due to the agitation. As the healthcare facilities have been drastically affected due to the ongoing protests, the resident doctors said they are the first to get affected by the pain of the patients.

Meanwhile, Union Health Minister Mansukh Mandaviya held a meeting tioday with a delegation of protesting resident doctors and urged them to call off their strike in the larger interest of the public.

Following the detailed meeting with the delegation of the Federation of Resident Doctors' Association (FORDA), he said all requisite steps are being taken by the government and a suitable reply with respect to the EWS report will be submitted to Supreme Court before the scheduled date of hearing on January 6. FPJ-Ed: Why are doctors protesting over delay in NEET-PG counselling? Here's all you need to know