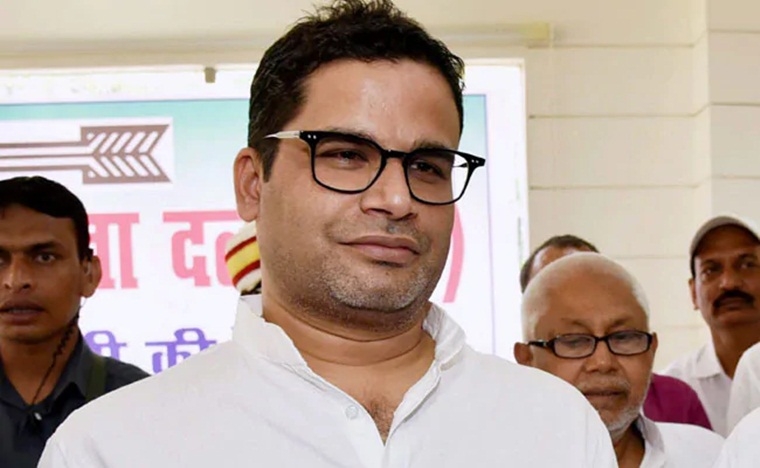 Delhi Chief Minister Arvind Kejriwal today announced that election strategist Prashant Kishor's consultancy firm I-PAC has come on board with the Aam Aadmi Party (AAP). "Happy to share that @indianpac is coming on-board with us. Welcome aboard!," tweeted Mr Kejriwal. The Chief Minister's comes ahead of the Delhi assembly election next year.

After Punjab results, we acknowledged you as the toughest opponent that we have ever faced. Happy to join forces now with @ArvindKejriwal and @AamAadmiParty. https://t.co/5Rcz4ie6Xs

Kishor is the vice president of the Janata Dal United, which shares power with the BJP in Bihar. However, there have been reports of differences between Bihar Chief Minister and party chief Nitish Kumar and Kishor over the Citizenship Amendment Act.

Prashant who had introduced 'chai par charcha' during Lok Sabha elections in 2014 for BJP and popularised 'abki Baar Nitish Kumar' in 2015 Bihar assembly elections and has also worked for TMC and YSR Congress too.

Kishor had asked JDU leadership to reconsider its decision to vote in favour of the Citizenship (Amendment) Bill in Parliament. Today, he urged non-BJP ruled states to clear their stand on the contentious Act.

"The majority prevailed in Parliament. Now beyond the judiciary, the task of saving the soul of India is on 16 non-BJP CMs as it is the states who have to operationalise these acts. Three CMs (Punjab/Kerala/WB) have said no to CAB and NRC. Time for others to make their stand clear," he tweeted.

The Citizenship Amendment Bill, 2019, was passed by Parliament earlier this week and became an Act after getting the President's assent on Thursday. The legislation provides for citizenship to non-Hindus of Pakistan, Afghanistan, and Bangladesh who arrived in India before December 31, 2014.