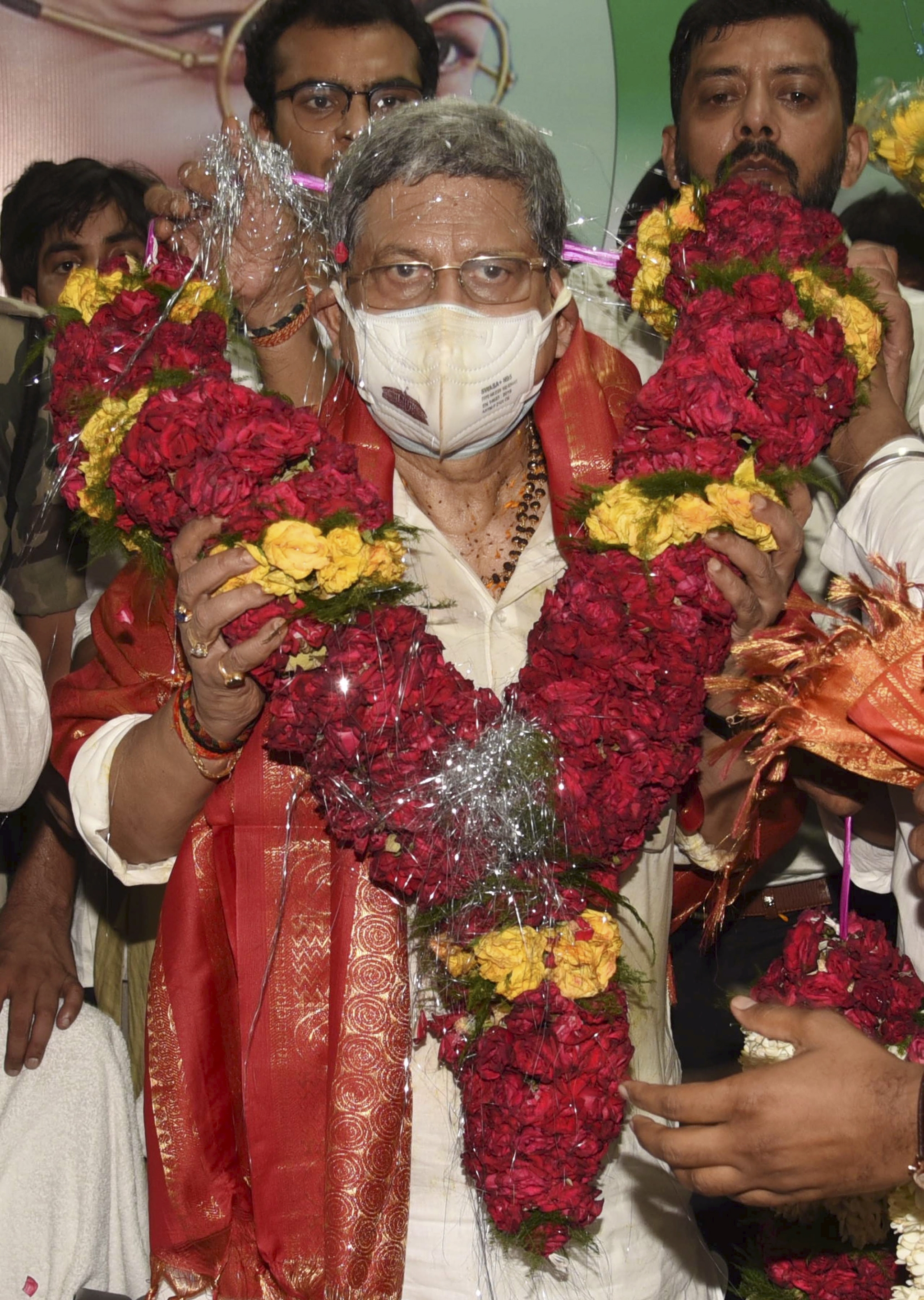 Lalan who arrived here after his appointment last Sunday said he would consult his party colleagues on selecting candidates and constituencies. According to him, JDU had successfully contested elections in Manipur and Arunachal Pradesh too. JDU is a partner in NDA-led by BJP.

Elephants, camels and horses were part of the six km-long road show between Patna airport and JDU office on Gardiner Road covered in three hours.

Drum beaters welcomed Lalan at party office, where he addressed the workers who had come from different parts of the state.

He is the first leader of party from upper caste to head the party. In the last assembly elections, upper castes, particularly Bhumihars (Lallan Singh's caste) had voted against JDU which was reduced to third position in the assembly.

No senior leader was present at the reception of Lalan on his maiden visit. Chief minister Nitish Kumar and JDU parliamentary board chairman Upendra Kushwaha could not come.

Chirag Paswan, LJP president who is on his Aashirwaad Yatra commented: "Lallan Singh has been rewarded for splitting the LJP."