RLP convenor and Nagaur MP Hanuman Beniwal said the farm bills are anti-farmer and should be withdrawn.
Urvashi Dev 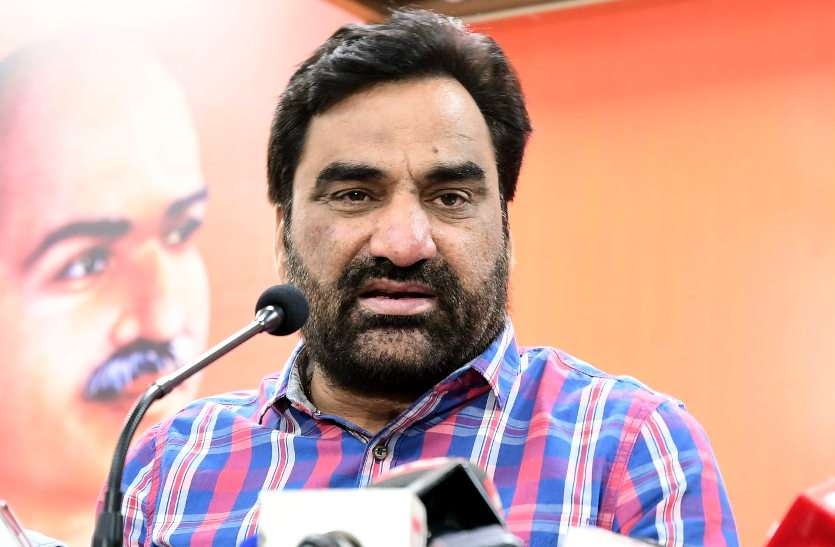 Jaipur: NDA ally Rashtriya Loktantrik Party on Monday threatened to quit the alliance if the farm bills are not withdrawn immediately.

RLP convenor and Nagaur MP Hanuman Beniwal said the farm bills are anti-farmer and should be withdrawn.

Beniwal wrote to home minister Amit Shah asking that the government withdraw the bills. He said the government should act quickly because it did not reflect well on the ruling dispensation that the Annadata (farmer) is forced to hold an agitation amid the severe cold and the Covid-19 pandemic.

“If the government does not act swiftly in the matter, the RLP would have to reconsider its support to the NDA keeping in mind the interest of farmers,” he said.

He said while the RLP is an alliance partner of the NDA but farmers and youth are its strength and in the interest of farmers, the RLP would not hesitate to take back its support.

He said the farmers should be given a site in Delhi as per their wishes and the government should hold talks with the protesting farmers. He said the bills should be taken back and the recommendations of the Swaminathan Commission be implemented for welfare of farmers.

He also put out a series of tweets, tagging Shah and demanding that the bills be withdrawn and the centre hold talks with the farmers.

Hundreds of farmers have laid siege on the outskirts of Delhi and are protesting against the farm bills, saying they are anti-farmer and pro-corporates

Beniwal had formed an alliance with the BJP ahead of the 2018 Lok Sabha elections. The BJP had given the Nagaur seat to Beniwal who won on his party ticket. However since then there seem to be fissures in the alliance.

Beniwal is a former BJP MLA who quit the party after differences with former chief minister Vasundhara Raje. He has openly criticised Raje and accused her of being hand in glove with chief minister Ashok Gehlot.

Beniwal has also overlooked the alliance with the BJP in the ongoing panchayat polls in Rajasthan. The RLP has put up candidates in 17 of 21 districts where Panchayat elections are being held. Beniwal has also stated that his party will contest the civic bodies’ polls on its own.

Beniwal’s moves are being seen as driven by political considerations. Beniwal belongs to the Jat community, a majority of whom are farmers. Beniwal’s stronghold too is in the Jat dominated areas of western Rajasthan.

Beniwal is also keen to establish a pan-Rajasthan presence before the 2023 assembly elections in the state and wants to keep his identity separate. He has said several times that BJP leaders want RLP to merge with the BJP but he has staunchly opposed that.