Later, the four bodies were put on bamboo poles with leaflets attached to the poles in the family cattle shed.
Law Kumar Mishra Ahead of the three-tier Panchyati Raj institutions elections, armed Maoists in the wee hours of Sunday, set on fire the house of a surrendered and rehabilitated Maoist, Saryu Singh Bhokta in Dumariya village in Gaya district, 130 km south from Patna.

The armed Maoists brutally murdered two sons of Bhokta and their wives. They were asked to stand outside their house while the Naxalites bumped off them firing indiscriminately.

Later, the four bodies were put on bamboo poles with leaflets attached to the poles in the family cattle shed.

Maoists alleged through leaflets, "Bhokta acted as a police informer and because of his alleged treachery, police had raided their hideout in Dumariya jungles in March this year, killed four of their comrades, and looted huge arms and ammunition".

Aaditya Kumar, senior SP of Gaya said Naxalites destroyed the house with explosives. He said a joint operation of Bihar and Jharkhand police has been launched to nab the Maoists as Dumariya is on Bihar's Gaya and Jharkhand's Chatra districts. 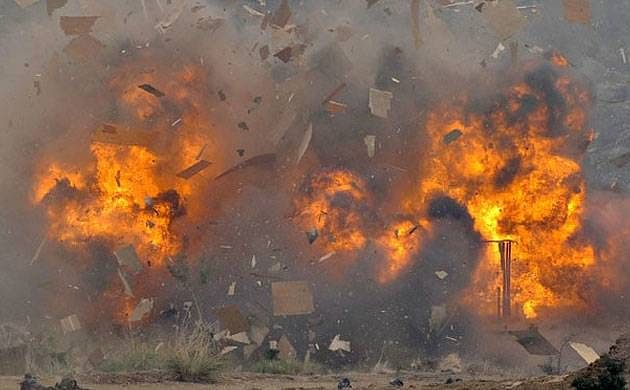