Congress leader Navjot Singh Sidhu, serving a year-long sentence in a 1988 road rage case involving a man's death, has been assigned the job of ‘Assistant' for clerical work inside the Patiala Central Jail. In the jail jargon, Sidhu is now working as a ‘Munshi’.

Sidhu, as per the jail manual, will not be paid for the first 90 days. After the completion of his training, he will be entitled to get wages between Rs 40 and Rs 90 per day. His wage will be decided on the basis of his skills and the earnings will be credited to his bank account.

Navjot Sidhu, according to a jail official, will work from the barracks itself as he is a high-profile prisoner.

The jail files will be sent to him in the barracks as he will not be allowed to move out of his cell.

Convicted criminals can work eight hours a day and their charges are borne by the government.

The cricketer-turned-politician was taken to Rajindra Hospital in Patiala under heavy security on Monday morning for medical examination.

Sidhu had earlier requested to be put on a special diet instead of the regular food served in jail, citing medical conditions. Following his request, the cricketer-turned-politician was taken to Rajindra Hospital in Patiala under heavy security. At the facility, Sidhu underwent several medical tests and a detailed examination by a board of doctors, his counsel HPS Verma said.

Sidhu has been in Patiala central jail since May 20 after surrendering before a local court following Supreme Court’s one-year rigorous imprisonment sentence in a 34-year-old road rage case. 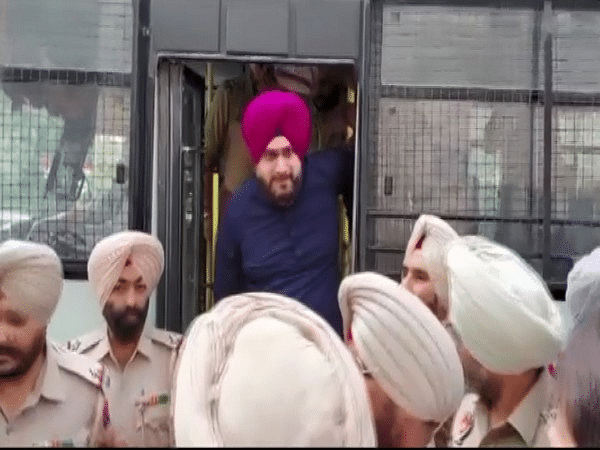