14 civilians and a soldier became the target of special armed forces when they were fired upon at the night-time in the Mon district of Nagaland on the evening of Dec 4.
FPJ Web Desk 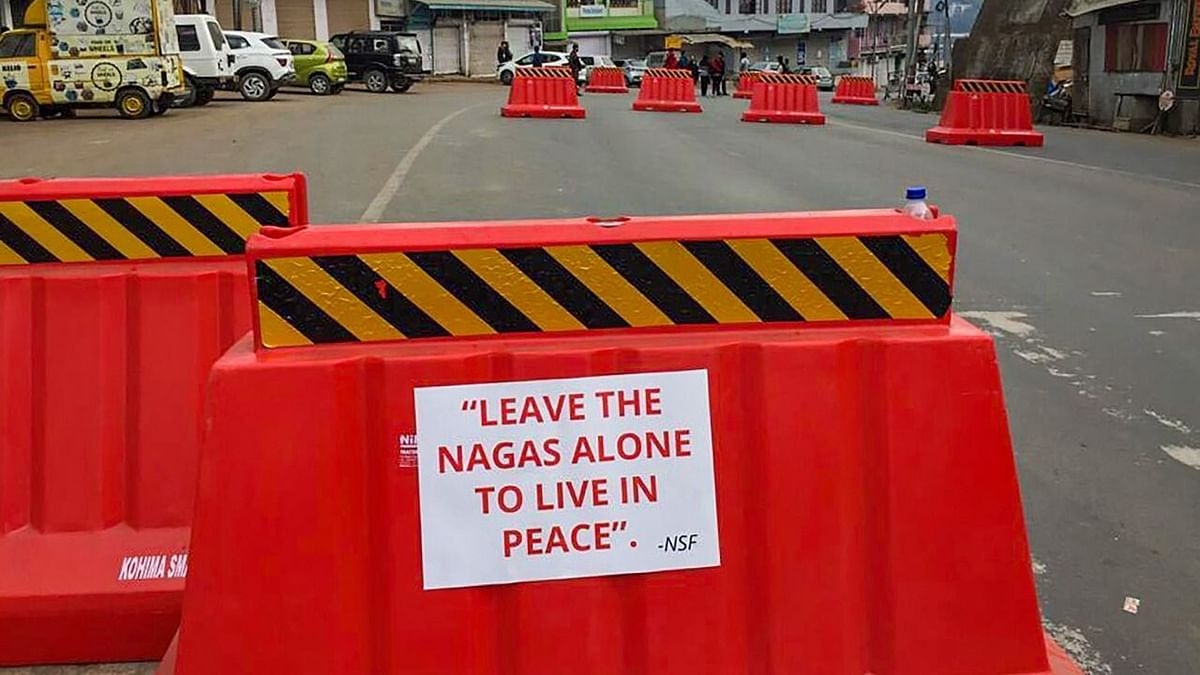 After two days of mourning and grieving, an insurgent group has reacted to the horrific incident where 14 civilians were gunned down by the special armed forces in the Mon district of Nagaland on Dec 4. An insurgent group called the National Socialist Council of Nagaland (NSCN) warned of retaliation and issued a letter of statement saying that "the blood of the innocent spilled will be avenged sooner or later". "We hope that our people will understand when we initiate such measures," it says.

The NSCN-GPRN further said that they have restrained themselves in conducting many “operations against the sadistic occupiers in the Indian Military keeping the mind the wishes of our people who are in quest for the peaceful atmosphere”.

"But what have our people received from the shameless occupiers for trying to achieve our goal peacefully? Nothing. Only tortured rapes, manslaughter and untold miseries unleashed from time to time," the statement says.

The death of civilians reignited the debate over the imposition of the Armed Forces Special Powers Act (AFSPA), with Nagaland Chief Minister Neiphiu Rio demanding its repeal.

“If you repeal AFPSA, then the armed forces will not operate because they would not have any police powers or safeguards,” he said.

Amid the outrage over the civilian killings in Mon district on Dec 4, the Nagaland Cabinet led by chief minister Neiphiu on Tuesday decided to write to the Centre demanding the repeal of the Armed Forces (Special Powers) Act. AFSPA gives special powers to security forces in "disturbed areas".

"In the state cabinet meeting over firing incident in Mon, Nagaland, it's been decided to write to GoI to immediately repeal AFSPA, 1958 from the State, and that Special Investigation Team formed by Centre should complete its investigation and submit its report by one month time," a statement said.

The Cabinet also decided to call off the Hornbill Festival, the state's largest event that draws thousands of domestic and foreign tourists, in protest against the killing of 14 civilians by security forces in separate incidents.

Speaking about letter to the government of India, CM Neiphiu Rio said that the people have spoken very strongly about the unfortunate incident. "At today's state cabinet meeting, we decided to ask GoI to repeal AFSPA not only in Nagaland but Northeast (altogether)," he said.

14 civilians and a soldier became the target of special armed forces when they were fired upon at the night-time in the Mon district of Nagaland on the evening of Dec 4. A group of daily-wage labourers from Oting village were returning home from a coal mine in a pick-up van when they were allegedly shot at by security forces, who claimed they had planned a counter-insurgency operation "based on credible intelligence".

Speaking about the killing of 14 civilians in Nagaland by the Armed Forces, Union Home Minister Amit Shah on Monday told Lok Sabha that it was a case of "mistaken identity" and the Army has expressed regret over the incident.

Nagaland Chief Minister Neiphiu Rio, condemned the civilian killings and demanded the removal of the Armed Forces (Special Powers) Act (AFSPA) from the state stating that the law has tarnished the image of the country.

Meanwhile, National Human Rights Commission (NHRC) on Monday issued notice to the Defence Secretary, the Union Home Secretary, and the Chief Secretary, and the Director-General of Police of Nagaland, seeking a detailed report on the killings of civilians in an army operation, within six weeks.