My ideology doesn't permit me to work with Cong: Shiv Sainik Ramesh Solanki resigns from party

"My conscious and ideology doesn't permit me to work with Congress, I can't work halfheartedly and it wont be fair to my post, my party my fellow Shiv Sainiks and my leaders," he wrote on Twitter.
FPJ Web Desk 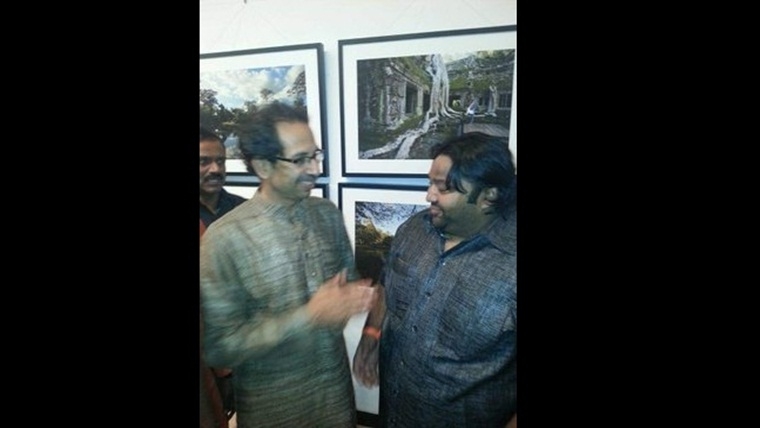 Ramesh Solanki, a Shiv Sena leader and also a member of its IT cell is resigning.

"ShivSena made a political decision and joined hands with Congress and NCP to form the government in Maharashtra...but my conscious and ideology doesn't permit me to work with Congress, I can't work halfheartedly and it wont be fair to my post, my party my fellow Shiv Sainiks and my leaders," he wrote on Twitter.

It all started for me in the year 1992, fearless leadership and charisma of Shri BalaSaheb Thackeray
At the age of 12 I had made up my mind heart and soul to work for BalaSaheb's ShivSena
Officially joined ShivSena in the year 1998

Its been almost 21 years never demanded post, position, or ticket just gave my all in day and night followed my party's order till the hilt

So with a heavy heart I am making most difficult decision of my life, I am resigning from @ShivSena 😔
All ShivSainiks are n will always be my brothers and sisters, its a special bonding which blossomed during this 21 years
I will always remain Balasaheb's ShivSainik at heart

I once again thank Adibhai for giving me love and respect, it was wonderful experience working with you #JaiSriRam pic.twitter.com/v9n8IssWzP

Solanki, often termed as a Shiv Sena activist, has in the past filed complaints against Tik Tok users and Netflix India.

Recently, in September he filed a police complaint against Netflix and demanded that the content of the online streaming site should be passed through a censor board.

He cited examples such as 'Sacred Games', 'Leila' and 'Ghoul', along with shows of standup comedian Hasan Minhaj to accuse Netflix of trying to "paint an incorrect picture of Hindus and India globally."

He accused the company of portraying the nation with "deep rooted Hinduphobia".

Earlier, he had complained against five TikTok users for a video pertaining to the alleged lynching of Tabrez.

Solanki filed a complaint against five users with a combined following of 4 crore people. He was not content merely with the video being taken down and demanded that the group be banned.

In two videos the whole gang that goes with the name 'Team 07' is seen enacting a message that says, "Innocent Tabrez was killed, but if Tabrez's son grows up and takes revenge then Muslims shouldn't be termed as terrorists." The video soon made its way to other social media platforms.