Ashutosh Joshi, a resident of Narvan village in Ratnagiri, began his journey on April 10, when Ram Navami was celebrated

25-year-old Ashutosh Joshi from Maharashtra has embarked on an over 1,800-km journey | Instagram
Advertisement

Latur: A 25-year-old man from coastal Ratnagiri district of Maharashtra has embarked on an over 1,800-km journey on foot across a few states in India to interact with people over issues like farmers' suicide, water scarcity and increasing use of plastic, and to raise public awareness on these topics.

Ashutosh Joshi, a resident of Narvan village in Ratnagiri, began his journey on April 10, when Ram Navami was celebrated. His walking expedition, which started from native Narvan beach, will end at Puri in Odisha, covering a distance of 1,850 km.

He will continue his journey through Nanded, Parbhani, Chandrapur and Gadchiroli districts in the state before proceeding to Odisha. He said that on his way, he has been interacting with people on issues like farmers' suicide, water scarcity, increasing use of plastics, global warming, among others.

"I decided to travel on foot to create public awareness about these issues," he said.

Joshi, who completed his school education in Chiplun tehsil, later studied at Model Art Institute in Mumbai's Dadar and at Bharati Vidyapeeth in Pune. He later went to England and completed his further education in fine arts. After that, he worked in Scotland, Spain and England in the field of photography and maintaining the balance of nature.

He said he loves walking and mountaineering and has completed a trek to Nepal's Annapurna Circuit in 17 days.

"I practiced walking for the last 6 to 7 years and prepared myself for this tour for the last six months after I returned to India from England," Joshi added.

During his journey, he meets sarpanchs of villages, who organise a meeting of villagers, where he interacts with them on various topics. 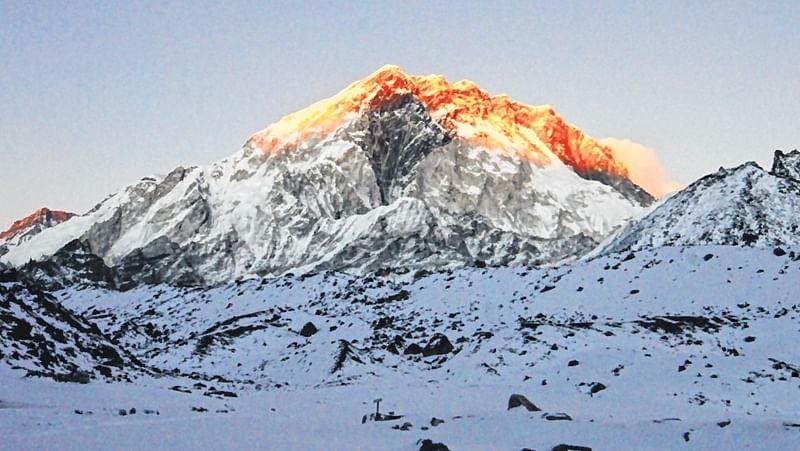