A late night report said that the prime suspect, Iqbal Hossain, has been arrested from Cox’s Bazar, Bangladesh
Aritra Singha 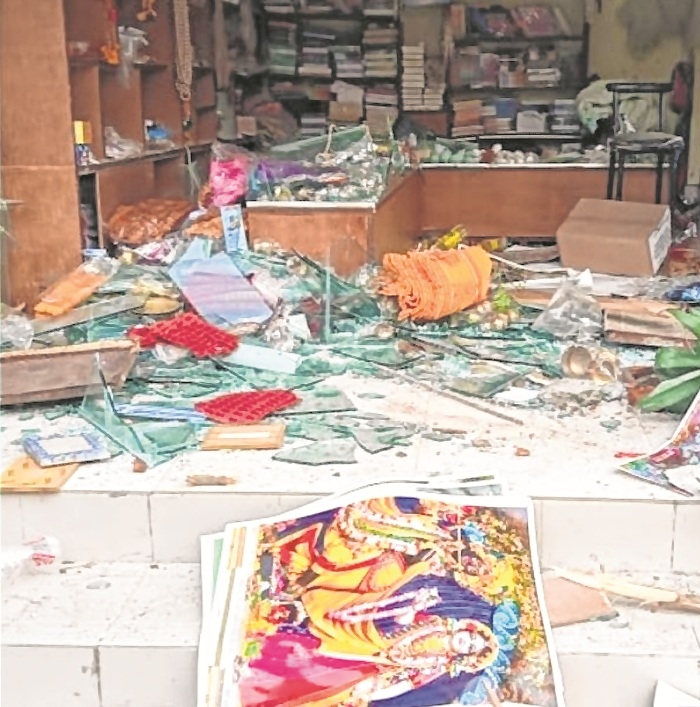 Kolkata: Soon after Bangladesh police said they had identified the person who kept the Quran at the Durga Pandal on October 13, ISKCON Kolkata vice-president Radharaman Das has demanded strict action against him.

“The Bangladesh government had earlier said that whoever is the culprit will be dealt with strongly but since the culprit is Iqbal Hossain, I hope that the government won’t spare him,” said Radhaman.

Notably, through CCTV footage, the Bangladesh police had identified the culprit at Cumilla who had intentionally kept a Quran in front of Hanuman’s idol and taken away his mace and then had spread the photo on social media. No sooner did the photo go viral… that there were incidents of violence and attacks on Hindu minorities and Durga idols and the ISKCON temple in noakhali were vandalized leaving few dead and several injured.

It may be noted that on October 23, ISKCON will take out silent protests across 150 countries to condemn the Bangladesh incident.

On the other hand, both the BJP and the VHP had taken out protest rallies across West Bengal to protest against the attacks on Hindus in Bangladesh during the festival.

Joint general secretary of Vishva Hindu Parishad Surendra Jain slammed the Bangladesh government for terming it as a small incident.

Meanwhile, a late night report said that the prime suspect, Iqbal Hossain, has been arrested from Cox’s Bazar, Bangladesh around 11 pm on Thursday. He was seen in the CCTV footage - placing the Holy Quran at the Durga puja mandap in Comilla.

AGARTALA: Protests against the recent communal violence in Bangladesh continued in Tripura and other northeastern states with the CPI-M and the VHP urging the government in Dhaka to protect the lives and properties of the minorities.

A VHP delegation met the Bangladesh Assistant High Commissioner (AHC) Mohammad Jobayed Hosen and urged him to request Dhaka to ensure action against those who carried out the violence.