Historians have written about Maharana Pratap's courage and his battles in many books but mostly written about his famous battle of Haldighati which he fought against the then Mughal emperor Akbar.

Maharana Pratap was a Hindu Rajput king of Mewar. He was born on 9 May 1540. He was also known as "Mewari Rana" and was famous for his battle against Mughal's for several years.

King was crowned as the ruler of Mewar in 1572. Historians have written about Maharana Pratap's courage and his battles in many books but mostly written about his famous battle of Haldighati which he fought against the then Mughal emperor Akbar.

Hilly kingdom of Mewar was under Maharana’s control. Akbar wanted to control Mewar to secure a route to Gujarat’s seaports which passes through the Mewar. However, King Maharana Pratap refused to submit his kingdom to Akbar like several other Rajputs. Hence Mughal started the battle to capture Mewar.

Haldighati fought on 18 June 1576. The battle happened in a narrow mountain near Haldighati in village Gogunda. The village is cuUdaipur currently located in currently Udaipur of Rajasthan.

Mewar army gave a tough fight to the Mughals. They were very few in numbers. King Maharana Pratap’s cavalry had only 3,000 and 400 Bhil archers as compared to Akbar’s cavalry of 85,000 led by Man Singh I of Amber. Though the Mughals won the battle, it's always remembered as the biggest battle of Maharana Pratap’s life as they gave a tough fight to the Mughals, and also the king managed to escape.

He could escape the battlefield and save himself with the help of his famous horse named 'Chetak' Poet Shyamnarayan Pandey has written poetry titled 'Chetak Ki Veerta' shows how the horse helped the king. However, Chetak later died of battle wounds.

According to some historians, Maharana had a javelin that weighed 81 kg and a 72 kg armor on his chest when he fought in the Haldighati battle. The weight of his spear, armor, shield, and two swords were also was heavy was together of almost 208 kg.

1. Maharana Pratap's father, Udai Singh II was the 12th ruler of the Mewar dynasty and the founder of Udaipur. King Pratap was the eldest child in the family, had three brothers and two stepsisters.

3. Maharana Pratap had 11 wives and 17 children. His eldest son was Maharana Amar Singh who became his successor and was the 14th king of the Mewar dynasty. 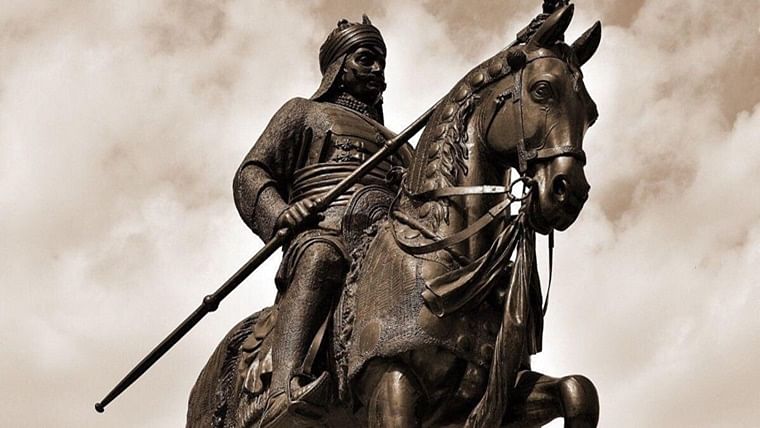