Meanwhile, the hearing of the bail petition of Lalu Prasad was deferred for another six weeks on Friday.
FPJ Web Desk 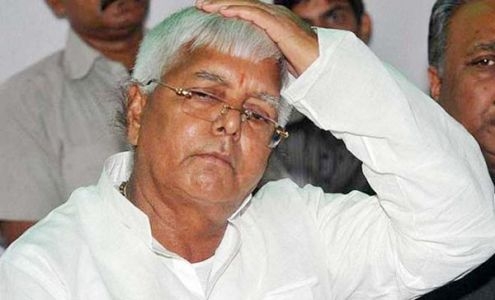 Ranchi: Dr Umesh Prasad, the physician of jailed Rashtriya Janata Dal (RJD) chief Lalu Prasad Yadav, on Saturday provided an 'alarming' update to the latter's medical condition. The doctor said that Lalu Prasad Yadav's kidney function is only at 25% and that it may deteriorate anytime.

According to Dr. Umesh Prasad, the disease is getting 'worse' and since he had been suffering from diabetes for the last 20 years, his end organ is damaging in an "escalating manner".

Lalu Prasad Yadav is cuurently admitted at the Rajendra Institute of Medical Sciences (RIMS) in Ranchi and the higher authorities of the institution have been alerted in this regard, the physician added.

"I have said earlier also that it is true that Yadav's kidney is functioning at 25 per cent. And this situation is alarming from this logic that his kidney functioning can deteriorate anytime. It is difficult to predict exactly when," Dr Prasad was quoted by news agency ANI.

He added, "The rate at which his disease is getting worse and since he has diabetes for the last 20 years, his end organ is damaging in an escalating manner. So, the situation is alarming for the patient's health. The higher authorities of RIMS have been informed in writing about Yadav's health that emergency situation can arise at any time."

However, he said that in his opinion, there will be no major impact on the RJD chief's health even if he is shifted elsewhere for treatment since the damage that has already been done to the body due to diabetes is "irreversible".

"There is no medicine which will make the kidney function at 100% from 25%. Otherwise, there will be no need for dialysis or kidney transplant," Dr Umesh Prasad added.

Meanwhile, the hearing of the bail petition of Lalu Prasad was deferred for another six weeks on Friday.

Justice Apresh Kumar Singh of the Jharkhand High court deferred the hearing of the case after the lawyer of Lalu Prasad sought time to file reply on the arguments of the CBI. The CBI has opposed the bail plea citing that Lalu Prasad has not yet completed half of his jail term.

The CBI also demanded that Lalu Prasad be sent back to the Birsa Munda central jail from the paying ward of the Rajendra Institute of Medical Science (RIMS) here.

On Thursday, the CBI had also filed a supplementary affidavit in the court in which Lalu Prasad has been accused of violating the jail manual. The probe agency claimed that since the health condition of Lalu Prasad is stable now, he should be sent back to the Birsa Munda central jail.

A special CBI court had awarded a total of 14 years of imprisonment to Lalu Prasad in the Dumka Treasury case related to the Fodder Scam. Lalu Prasad has been in jail since December 23, 2017 after he was held guilty in the multi crore Fodder Scam.

Lalu Prasad has got bail in two cases of Fodder Scam related to Chaibasa Treasury and Deoghar Treasury. The present bail hearing is connected to the Dumka Treasury case.