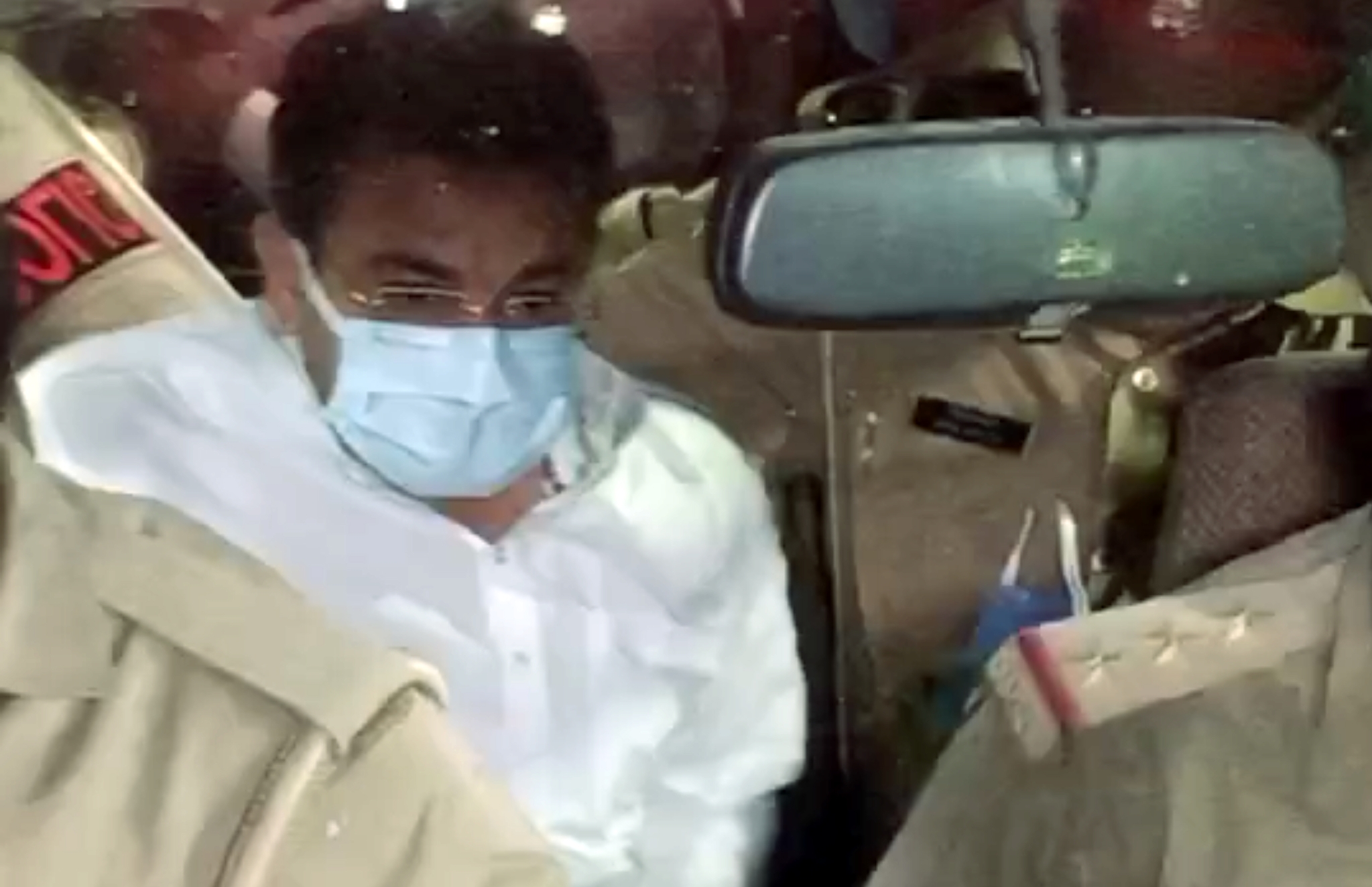 Lakhimpur (UP): A forensic report has confirmed that weapons recovered from Union minister Ajay Mishra's son Ashish Mishra and others after the Lakhimpur violence had been fired.

Protesting farmers had alleged that Ashish Mishra had opened fire. Though the Forensic Science Laboratory (FSL) report confirmed that the weapons had been discharged, it does not specify whether they were fired on the day of the violence or some other day.

In a related development, Pawan Kashyap, brother of Raman Kashyap, a journalist who was among the victims of the Lakhimpur violence, has moved court for the registration of another FIR against 14 people, including the minister and his son, in connection with the scribe's death.

Eight people died in the October 3 violence. Four of them were farmers who were allegedly knocked down by a vehicle carrying BJP workers. Infuriated farmers then allegedly lynched some people in the vehicles. The other dead included two BJP workers and their driver.

Four weapons, including a rifle belonging to Ashish Mishra alias Monu Mishra, had been seized following the Lakhimpur violence. A pistol owned by Ankit Das, nephew of former Union minister Akhilesh Das, and a repeater gun, which was with Das' bodyguard Lateef Kale, were also among them. A forensic report of the fourth weapon, a revolver owned by Das' aide Satya Prakash, is awaited.

"Of the four weapons sent for ballistic examination to the FSL, it has been confirmed that firing took place from three, including Ashish Mishra's rifle. However, the report did not confirm when the firing took place," a senior official said here. The special investigation team (SIT) probing the case is yet to issue an official statement on the FSL report.

After the arrest of Ashish Mishra, Das and Kale, the SIT had recovered their licensed weapons -- a rifle, pistol, revolver and a repeater gun -- and sent them for forensic examination on October 15.

According to the FIR registered by the police on a complaint of Jagjit Singh, a native of Bahraich district, the entire episode was "premeditated" for which the "conspiracy was hatched" by the minister and his son.

The FIR stated that the farmers had gathered at the sports ground of the Maharaja Agrasen Inter-College on October 3 and they wanted to peacefully show black flags to Ashish Mishra and Uttar Pradesh Deputy Chief Minister Keshav Prasad Maurya, who were visiting Banbirpur.

"Around 3 pm, Ashish Mishra, along with 15-20 armed men, in three speeding four-wheelers, reached the protest spot in Banbirpur. Ashish Mishra, who was seated on the left side of a Mahindra Thar, opened gunfire. The Thar mowed down the crowd and sped ahead," the FIR stated.

"Because of the firing, farmer Gurvinder Singh, son of Sukhwinder, a resident of Matronia in Nanpara, died," it stated. However, two successive autopsies conducted on Gurvinder Singh had ruled out bullet injuries.

Ashish Mishra and 15-20 unnamed men were mentioned as accused and charged with murder, criminal conspiracy, rash driving, and rioting among others. Of them, police have so far arrested 13.

Minister Ajay Mishra had refuted the allegations that his son was involved in the episode that took place near his native Banbirpur village in the Tikonia area of the district.

Meanwhile, journalist Raman Kashyap's brother Pawan Kashyap moved an application under section 156(3) of CrPC in a district court on Tuesday, seeking another FIR against 14 people, including MoS Home Ajay Mishra and his son Ashish Mishra, in connection with death of his brother.

Pawan Kashyap has submitted that his journalist brother had gone to Tikunia on October 3 to cover the farmers' rally, but was crushed to death by a speeding SUV. He claimed that the SIT investigation has made it clear that his brother was crushed to death by a car and not lynched by farmers. Pawan Kashyap said he had lodged a complaint with the police but no FIR was registered. The next date of hearing in this matter is November 15.