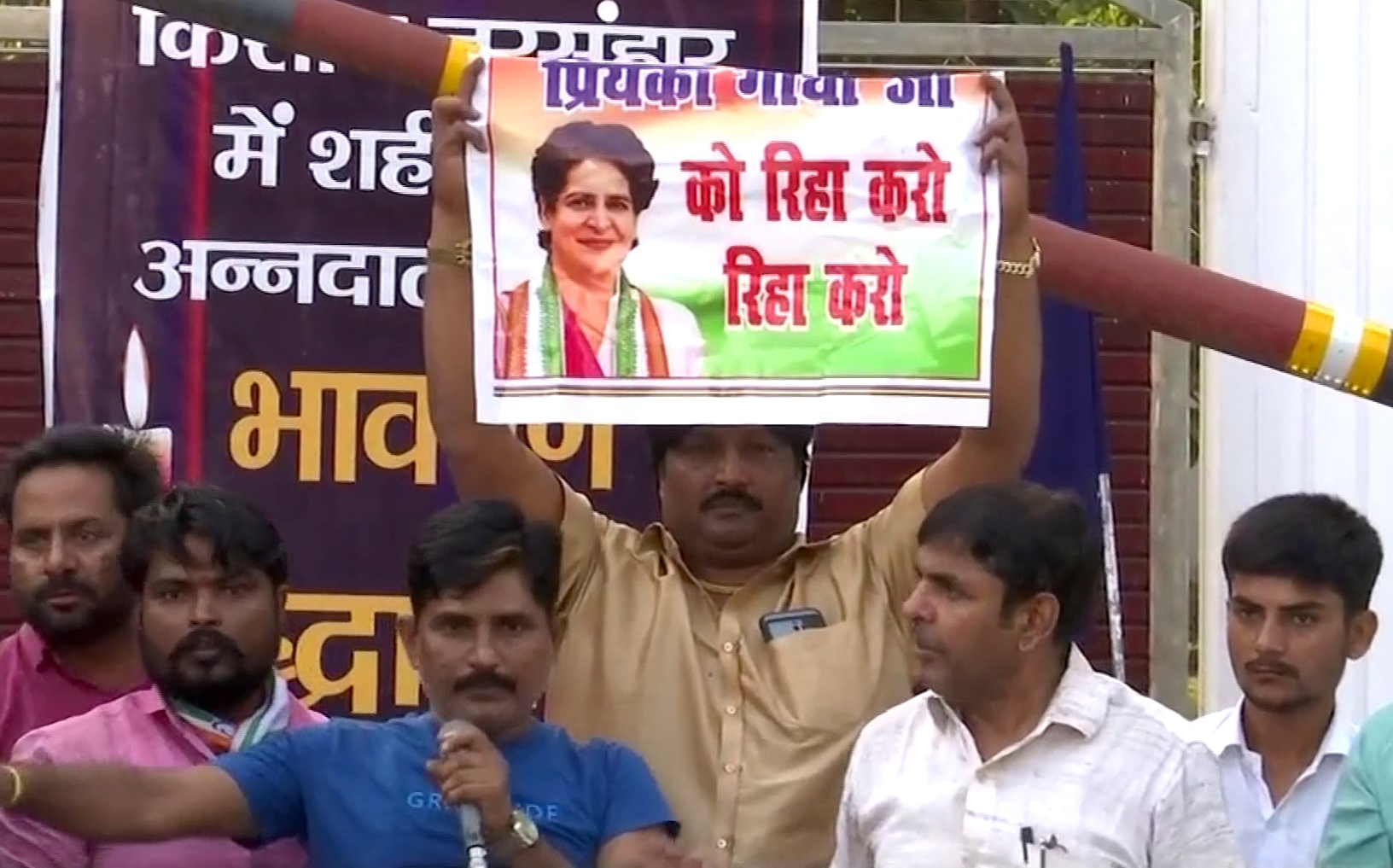 Sitapur: After keeping her under detention for more than 30 hours, the Yogi government has finally registered case against Congress general secretary Priyanka Gandhi and 11 other leaders. They were detained by police in the wee hours on Monday while going to Lakhimpur to meet the family of deceased farmers who were crushed to death. Priyanka Gandhi and other Congress leaders were stopped at the border of Lakhimpur and taken to a PAC guest house in the nearby district of Sitapur where they are still confined.

On Tuesday afternoon, the district police of Sitapur has lodged FIR against Priyanka Gandhi and 10 other including MP Deependra Hooda under section 151. The police has converted the guest house in temporary jail and decided that Priyanka and other Congress leaders would be kept there till produced before court.

Protesting against detention of its leaders thousands of Congressmen thronged Sitapur and have been staging demonstration. The road in front of the guest house in Sitapur has been occupied by Congressmen since Monday and candle march was being taken on Tuesday. In almost all the 75 districts, Congress staged demonstration against the detention of Priyanka and other senior leaders on Tuesday.

The Chhattisgarh Chief Minister Bhupesh Baghel too arrived in Lucknow and announced to first meet Priyanka Gandhi and later on with the family of deceased farmers. However, the police did not allow him to come out of the airport. Baghel sat on dharna inside the airport for about three hours and talked to media from there. Later on he returned to Raipur.

Priyanka Hits Back. No Norms Followed------

Soon after hearing this, Priyanka Gandhi issued a statement from her detention centre at Sitapur. She said that I have been placed under arrest as verbally informed to me by the arresting officer DCP Piyush Kumar Singh, CO City, Sitapur, under section 151 at 4.30 am on the 4th of October, 2021. She said that at the time of arrest I was travelling within the district of Sitapur, approximately 20 km from the border of dist Lakhimpur Kheri which was under section 144 however to my knowledge section 144 was not imposed in Sitapur.

Priyanka said that she was travelling in a single vehicle with four other persons, two local Congress workers, Mr. Dipinder Hooda MP and Mr. Sandeep Singh. Having been brought to the PAC compound, no further communication regarding the circumstances or the reasons, or the sections under which she has been charged have been communicated till Tuesday afternoon, she alleged. Priyanka said that neither any order or notice served to her nor being shown the FIR. She said that the administration has not been produced in front of a magistrate or any other judicial officer either. Besides, she alleged that police has not even allowed her meet legal counsel.